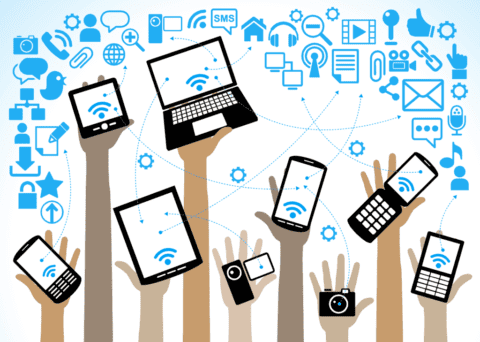 In The Federalist Papers written by John Jay, James Madison, and Alexander Hamilton, Jay states, “Among the many objects to which a wise and free people find it necessary to direct their attention, that of providing for their safety seems to be first.” These papers were written to provide a hope of what the future of America would look like. The writers, under the pseudonym Publius made it clear that the Americans’ safety and security would be of utmost importance. (http://www.heritage.org/homeland-security/report/how-must-america-balance-security-and-liberty) This was primarily a reaction to their recent independence from the British, in which they fought against supposed violence against their human rights. They felt unprotected, confined by the strict laws and beliefs of the country, and wanted a place for the future: land of the free and home of the brave.

Today, however, the growth of technology has far surpassed anything any of the founding fathers could have imagined, and that technology is now one of the main sources of American protection and security. But when does this kind of security breech a person’s right to privacy? More than several of the Constitutional Rights in the United States address the personal privacy and autonomy of the human person: privacy of beliefs, privacy of the home, privacy of personal information. (https://www.livescience.com/37398-right-to-privacy.html) Until the late 20th century, security was controlled primarily by physical individuals, until the use of technology became a commodity, and later a necessity. After 9/11, the technological security in airports spiked: shoes, baggage, and any other carry-on items are now screened; passengers themselves are screened for weapons, excessive liquids, or any potentially dangerous items; and the TSA security program has been a part of every American airport since. This requires extensive background information on each traveler, as well as ID at the gate, and other expectations. (https://www.farecompare.com/travel-advice/9-ways-security-has-changed-since-911/)

Homes are also protected by technological security. Companies like AT&T, ADT, Protect America, and Vivint provide services such as cameras, alarms, and other devices to alert families, homeowners, storeowners, or renters of intruders, animals, fires, and other potential dangers. These precautions are extremely popular in the current age, especially among younger families and shop owners in densely populated areas. This is because nearly 60% of all burglaries are residential break-ins, and homes without security are 300% more likely to be burglarized. (http://www.safeguardtheworld.com/statistics.html)

Even technology itself is protected by backup technology and software. Computer protection services including McAfee, Norton, and Kaspersky provide security in the form of virus prevention and data backup.

All of these measures are put in place in an attempt to better protect the privacy and lives of the population in America, but often times these security measures can be considered a breach of personal privacy and confidentiality. Many believe the “limits” imposed infringe upon the basic rights of people, suggesting that the government has maybe too much control over certain aspects of a person’s life. Cameras inside and outside of homes, cameras and data collection in and on computers and other devices; much of the population speculate these are only opportunities for the government and other “bigwigs” to violate our lives and rights.

There are propositions today about how to correct and better manage the balance between privacy and protection, but today there is no real solution being put in place. The reason for this might be the lack of belief in the superstitions mentioned before by another large portion of the population.