Australian Wildfire… in the United States. 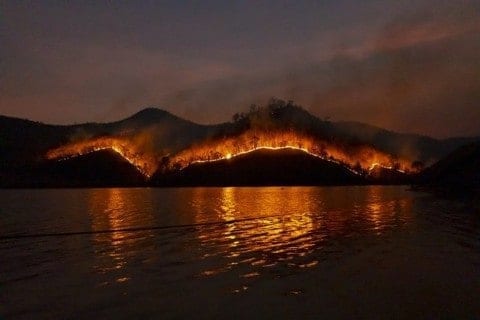 The Australian wild fire has been winding down thanks to the efforts of the firefighters and volunteers from all over the world. However, the evacuation of the fire does not equal the end of the era of destructive wildfires. In fact, wild fires are becoming more frequent and prevalent all over the world. As the global temperature rises, dry and hot seasons are extending and glaciers are melting more rapidly. In addition, insects that maliciously harm the health of our forests have longer to act during the long summer season. Even scarier, the United States is not safe either.

The Californian wildfires, though much smaller in scale, have had a huge impact on the biodiversity of the United States. Not only did it destroy the habitats of many flora and fauna, animals and wildlife, it destructed the habitats of humans including agricultural farms and houses. Even worse, it is an indicator that global warming is a reality and more warning signs will appear the next few years. The smoke from wildfires will extend through out the country, affecting the health and air quality of the United States citizens. The lack of biodiversity in our wilderness will lead to an imbalance in the earth system and come back to haunt human beings.

There are numerous course of actions we can take. First of all, it is crucial that we immediately fund volunteers and firefighters in the affected area to recover their economy and land. In addition, funding for scientists are crucial as they are working on solutions for preventing wildfires. However, the most important course of action is that we find ways to reduce our carbon emissions. To fight the pollution produced by the wildfires, we must try to purify the air quality. It is time that we become more socially aware of the consequences of our every day life.

Hi Ellie. I like your article.
The wild fire in Australia shows their government lack the ability of organization. Meanwhile their president even went holiday to hawaii. He is not responsible for his people and country. They really need to think about how to do it better.
Here is some sources may help you.
https://www.cnn.com/2020/01/01/australia/australia-fires-explainer-intl-hnk-scli/index.html