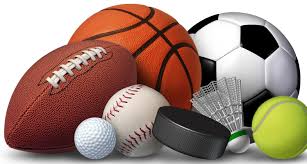 Athletic general managers have very interesting jobs, and how they go about getting to their position is a question I am very interested in. Some questions arise when it comes to NBA GMs and NFL GMs, for example do they need to have a background in playing the sport to quickly rise up in the ranks, or do they need to be a retired player to be looked at more important than others. Some aspects I already know about the general manager role is that having a background playing the sport helps, but you didn’t need to be the starting point guard at Kentucky to be looked at as a serious candidate. In some cases you just have to have a great amount of knowledge, for example recognizing talent in college, discussing contracts with players agents, and hoping players are a good fit.

In one of the more recent articles I came across in the mercury news the San Francisco 49ers hired a former NFl star John Lynch and this goes to prove that a former star of the sport can benefit and be a number one choice for some organizations. Other articles I have read provide the background to some NBA GMs and how they have gone about getting to their position. Many NBA Gms start off as interns in with a certain team and slowly work their way up. This shows that the route to becoming a GM is a rough one but you don’t need to a professional athlete or a high level collegiate athlete to follow this path. All you need is to know someone and try to rise above the rankings.