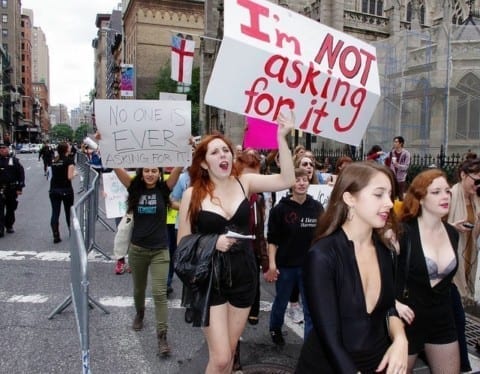 at least to your fingertips

at least you won’t get raped, right?

Young Women today, we have our body confidence put down

our shoulders are a distraction

Our thighs will drive a man’s hormones raging

by saying that the fact that you can see my shoulder

that I’m asking to be assaulted?

In kindergarten, they tell us to express ourselves

In middle school, we are told to

In life, we are told to

cover yourself up or

you were asking for it

when we should really be telling guys to keep their thoughts to themselves, and it in their pants

still, instead we are asking

what were you wearing?

tell me that part about expressing ourselves again?

no knees
these are our bodies

this is how we’re made

this is our voice being ripped away and shushed

this is making a body part taboo

were 4 inches above her knees, not 3

Acting as if we don’t have breasts

when it’s 90 degrees outside

at least to your fingertips

at least you won’t get raped, right?