At Home in a Strange Space

Home At Home in a Strange Space 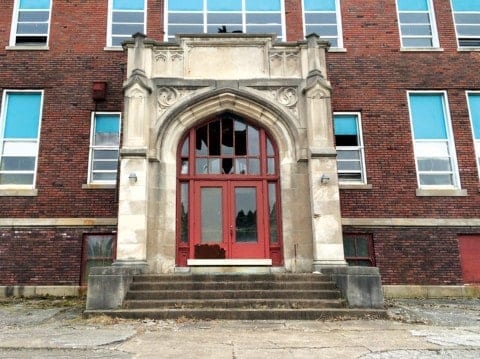 We moved sometime during the spring, so renewal must have been at the forefront of my mom’s mind: new city, new apartment, new school, new religion. So I wouldn’t call it mom of the year stuff but maybe just a box to check off under “effective parent” when she enrolled my brothers and me into catholic school. My family belonged to the once-a-year masses at Christmas Eve mass, so I didn’t speak a lick of church. As such, I’m not really sure if I’ve even ever done communion right and God was a word I heard muttered on ESPN in post game press conferences by athletes in appreciation of a higher power.

Anyway, I arrived wearing wrinkled khakis and a half-tucked hand-me-down button down daydreaming in the presence of a white woman in a white robe as white noise. After introducing me as Ryan, Sister Zoe asked me to teach the class how to pronounce my last name to the class:

The last word prompted scowls, heads to turn toward me, and a gasp from Sister Zoe. The new kid had everyone’s attention. “We don’t use the Lord’s name in vain,” she said swiftly and softly before moving onto the subject of some war. I was confused, but how do you respond to someone not your mom who scolds you for doing something you weren’t raised to believe was wrong.

Although I felt like an outsider, Sister Zoe did make me feel capable. Later, when she learned where I was from, Sister Zoe made me point to my hometown on the pulldown map above the chalkboard and teach the class new words. Slowly, I enunciated the foreign words that the class was to repeat: down the shore, Taylor Ham, jug handle, Snooki, and Public School.

Soon, Sister Zoe asked us to turn to a chapter in a book with small print that looked nothing like Captain Underpants whose title was the same as my middle name: John. It had big words like flogged and synagogue, disciple and crucify. After reading it to us, she pointed to an acronym on the board, GWGT–which looked oddly similar to GTL–and asked that we spend the next ten minutes for “Get with God Time.” I just learned alliteration so the phrase sounded cool, I guess, but I didn’t know what the words meant together.

In my first GWGT, it seemed like everyone knew what to do except me–hands clasped, fingers laced, eyes closed, chins down, saintly, glowing. It resembled a well-mannered snooze–how I imagine royalty sleeps. Am I doing it right? I thought as I mimed a broken act of prayer, half peeking, half pretending, my sin seeping, sedated, deflated, silent, isolated. I slouched. While I suffered in a silent storm of apprehension and apathy, Yolanda, the girl sitting next to me told me to bow my head and think. “Take a nap, even,” she whispered, “Just think about anything. It’ll come to you.” So with impeccable posture I thought about my friends back in the suburbs, fellowship, the beach, my moral compass; I thought about the lawn I’d no longer have to mow, why I was the only one with wrinkly khakis, my lack of a girlfriend, nothing at all.

Thanks to Yolanda, my unease was alleviated while immersed in a foreign place. Because of her, I learned how to feel at home in a strange space transitioning from Jersey to East Harlem, from public school to catholic school–and over the next few years she’d teach me curse words in Spanish, how to construct that invisible cross with your pointer finger and thumb, the difference between uptown and downtown trains, and eventually, how to pump my own gas. And although she taught me all those things, I could never get her to understand why the highway outside of the Newark Airport smelled the way it did.