Home Astroturfing and The Importance of Corporate and Political Transparency 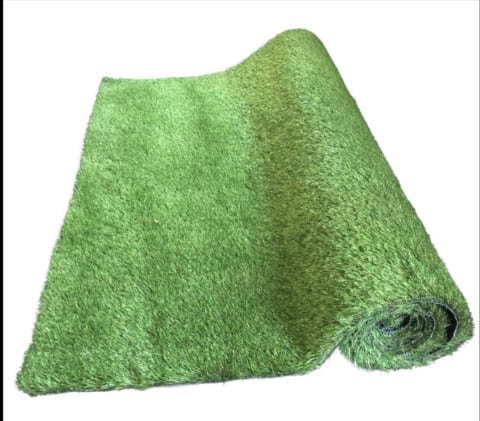 If you have been keeping up with political news and campaigns, especially in this election year, then you are probably familiar with grassroots organizing and what it consists of. For those who may be unaware, grassroots organizing is when ordinary people use the power of the internet or their own resources to take collective action and attempt to get policy enacted in their favor. The tricky part about organizing in this day and age is the tendency of lobbyists, large companies, and interest groups to further their agenda by any means (or falsehoods) necessary.

Cases in which grassroots organizations misrepresented and used to back the interests of companies who may not actually stand for public interests are referred to as “astroturfing” or fake grassroots organizing. This is an admittedly clever term for much more sinister subject matter since astroturfed ads, events, and testimonies ultimately affect legislation in the US that directly affects its people.

First, how does astroturfing even work? Many may not understand the complexities of this but may recognize certain aspects. For example, President Trump has often referenced in his speeches an organization called “Crowds on Demand” in which protestors are paid to support a cause that they may or may not agree with.

Astroturfing at its core consists of “multiple online identities and fake pressure groups are used to mislead the public into believing that the position of the astroturfer is the commonly held view” (Bienkov). This example highlights one of the strongest arguments against astroturfing which is that paid protestors who are revealed to be hired create a sense of skepticism within the American public regarding social movements and media.

This is intrinsically a good thing, but healthy skepticism can lead one down a darker path which was shown in the aftermath of President Trump’s remarks mentioned earlier. Theories about paid protesters led to theories about crisis actors and ultimately to the widespread conspiracy theory that grieving parents at the scene of the Sandy Hook massacre were actually paid actors. And it doesn’t even stop there.

Cases like “Citizens United v. Federal Election Commission opened the floodgates for dark money” to flow through elections and ultimately into media and advertisements (Scott). In one notable case, an ad was released by a non-profit organization called HumaneWatch that depicted a strangely Italian dog named Tony harshly accusing the Humane Society of stealing money from local shelters, claiming that they “stick most of the cash in hedge funds” (“Tony”).

Now, it didn’t take a genius to put together that the ad was not actually created by a nonprofit dedicated to the livelihood of animals. It was credited to an organization created by Rick “Dr. Evil” Berman who is known for his defense of controversial products such as tanning beds and for founding nonprofit groups to fight regulation that benefits his corporate clients.

This is just one example of the kind of ads that are running constantly and many are not nearly as questionable as this. The existence of such ads highlights a need for awareness and regulation in Washington and for corporations around the world.

Astroturfing is a fundamentally deceitful practice that tricks good-intending citizens into getting behind a cause that they believe is highly supported due to the number of people in the pocket of corporations and powerful politicians. Regulation is important and very needed but due to the current state of affairs, it may be unreasonable to expect them soon.

In any case, awareness about this topic and its harmful effects should be more widely known in the average American household. Healthy skepticism is important and realizing that not every non-profit is looking out for your best interests is an integral part of a never-ending journey to think for yourself and to trust your own beliefs in the face of an astroturfed crowd.

Bienkov, Adam. “Astroturfing: What Is It and Why Does It Matter?” The Guardian, Guardian News and Media, 8 Feb. 2012, www.theguardian.com/commentisfree/2012/feb/08/what-is-astroturfing.

Amazingly accurate. Where on earth did you develop such an amazing ability to perceive truth so clearly and the take that further; in writing thus as YOU DID?! wow!

Nice topic selection, Ellie! I think you hit the nail on the head on what people find so infuriating about astroturfing in this section toward your conclusion, that astroturfing ” tricks good-intending citizens into getting behind a cause that they believe is highly supported due to the number of people in the pocket of corporations and powerful politicians.”

Here’s the question that gives me pause, though. At some point, organizations need major funding, structure, and bureaucracy to accomplish their agendas, and yet, in reaching that point, organizations often become detached from the needs of their constituents– or at least, it feels that way. So you have a Catch 22– you’re either too grass roots to have the means to accomplish long-term goals, or you reach a point of legitimacy that fundamentally changes the identity that made your cause resonate in the first place. This EXACT debate was in the news this week concerning Black Lives Matter and new “umbrella organizing.” I recommend giving it a Google!