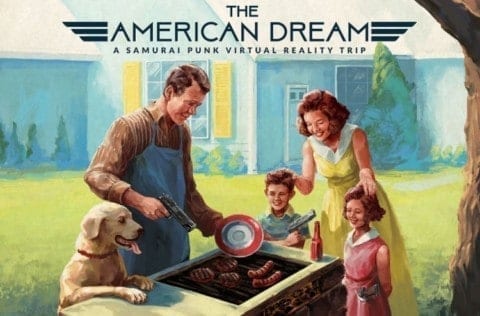 Description of client: Mr. American Dream was born on July 4th of 1774 in Philadelphia. He was born as soon as the Declaration of Independence was written. He is currently 224 years old. He is a tall white male who has styled up dark brown hair and average weight. He wears a business suit with a pair of stylish popular shoes and a dark blue tie. He carries a ton of importance on pride and is willing to do anything to keep it. Popularity of him wasn’t widespread until 1931 when James Truslow Adams wrote a book on his impact on life.

Presenting problem: Mr. American Dream has had many events that decreased his own will being. Over the years, the nation had a great increase in which people have a lower income due to resources like food, technology, and land. He cause people to not be able to afford to buy and get fresh foods. This is causes people to hate him for causing many to be poor leading him to be stress and use drugs as a way to get away from reality.
According to a new report by the National Center for Children in Poverty, they found out that 44% of the nation’s children live in low income household by 2013 (Sillers). In the article, “The American Dream as an Addictive Drug,” by Iris C. Permuy shows that the American Dream lead to stress which causes people to use drugs. She states, “…the image of the drug addict is not always linked to the underdog, but often to middle class (both lower and upper) frustrated by the exigencies of a lifestyle they are supposed to pursue.” She also states, “Drug abuse is just one very visual example of what a person can end up doing out of frustration and impotence.” This evidence shows that many children are living in poverty causing my client to uses drug as a way to relieve stress. My client is using drugs because they are stressed out from not being able to get the life the want. He thinks the only way to be free and live is to use drugs in which he can believe that what he want is really happening. It is like reality to him when it is not really.

History: In the beginning of his life, he was a concept that most people honored and looked upon. It wasn’t based upon materialistic belongings as it is now. In the past, a gallon of gas was only 27 cents compared to the current price of $3.69 per gallon. This shows how the nation has a great interest in its own economy, however doesn’t take care of its citizens. His teenage years were named Gen X, and it was period of where people wanted it all. Although his overall life was well, he has suffered some major setbacks like the time of the Great Depression which caused his value to decrease exponentially.
“The economy stabilized, consumer credit became ‘in’ way to purchase and new technologies were just too good to pass up. Having grown up competing for everything from desks at school to gasoline to jobs..” (Timmerman). As stated by MRC, “In 1950, a gallon of gasoline cost about 27 cents. In 2012, a gallon of gasoline costs about $3.69.” This evidence shows the evolution of him and how he adapted to what the society thinks of. It shows that he cares more about wealth and having things to be better than others. Clearly, he wants to be the most known with new technologies.

Personality features: He has an overwhelming sense of self-esteem for himself which consumes him while limiting his connections with his family and friends. When it comes to income and his employment, he is stable since he worked his way up from the bottom. However, his relationships with the outside world isn’t so good. Whenever he is under great amounts of stress, he resorts to drug abuse which even greatens his already harming mental illness. He doesn’t socialize with anyone not even his own family members unless it’s an emergency. This establishes barriers around his own life which in return doesn’t allow him to reach his full potential.
According to the Foundation for a Drug-Free World, people takes drugs as a way to change something about their lives. Furthermore, a person uses drugs as a way to fit in, escape or relax, rebel, experiment, and to seems like they are grown up. As state by Dr. Lisa Firestone, she states that people suffering from Narcissistic Personality Disorder who are in a relationship tend to have a sense of entitlement/superiority, lack empathy, craves for attention and admiration, easily offended or over-reactive to criticism, and feels like they are always right no matter what.This evidence shows the Mr. American Dream uses drug to escape from reality and to fit in. It shows that he uses drugs because he doesn’t want to fix and face the problem he caused. In addition, it shows that he think he is more important and have more power than others. It shows that Mr. American Dream doesn’t want to be in a relationship because he think he is way to important that being in a relationship will just be in the way. He wants to be in control and only wants to care about himself.

Personal strengths: Mr. American Dream has a strong sense of pride in which he greatly values. He will not allow anyone to disrespect him showing his internal resilience. He really wishes for success in his life and has earned it through perseverance in school. Hard work pays off is a motto that he radically follows.
“In other words, if you worked hard and played by the rules, you deserved financial security, education, and a home” (Amadeo). This quote directly states that through hard work and honesty, you can achieve great things in life. This evidence shows that Mr. American Dream wants to be successful in life. Clearly, he thinks that by working hard and trying his best, he will be happy and successful.

Treatment plan: Mr. American Dream should begin to realize the decisions he makes are wrong and that he should face the truth and reality. He should begin to realize that he is not better than everyone and stop being selfish. He should think about what bad things he can try to changes and what good things he can focus on. He should stop thinking about his flaws and focus on his strengths. He should focus on what went wrong instead of going after something that can’t be reach due to different resources and wealth. A 12 steps recovery program is an option for his drug abuse.
According to the American Psychological Association from the Ocean Hills Recovery, it states that their treatment focus on the individual making amends and fixing their problems. The individual should admitted their problem first and realizes what their strengths are which is what they should focus more on. This evidence shows that the only way for my client to recover is to first make the decision to get help and admitted that he has a problem. It shows that he should focus on what he is good at rather than what he wants to be good since trying to achieve something will take a long time. It shows that he should fix his problems, but first find out what the problem is and how it went wrong.

Progress milestones: Mr. American Dream will be more involved in families and friends gathering and spending more time with them. He will be more socialized and less obsessed with himself. He will also be less obsessed with wanting everything. He will care about others’ opinions and ideas by letting their voices be heard. He will participate more in dinner and party with his co-workers and friends. He will have more communication with the nation and its people. He will be more diverse in nationality and ethnic groups. He won’t care about what races people are, where they from, and where they are in the hierarchy. Mr. American Dream will be more respectful to others.

Prognosis: A psychologist and psychiatrist will help Mr. American Dream see his talents and strengths. They will help him discover the world around him and the importance of others. They will help him see from what is right and what is wrong. He will become a better and improve person causing him to grow in a new direction. He will escape the past and focus more on the present and future.

hey yall! I enjoyed reading your report. I like how it was very descriptive.

Hey Tony, This is a great post. I don’t really know what the context behind writing was, but this was a great way to portray the American Dream. You made understanding the American Dream very easy and very relatable. It almost felt like you were talking about an actual person. Once again, this was an awesome post.

Hi Tony, This is really well written and made me think quite a bit. It was interesting to see a generalization of the american dream formed into writing. I found it very easy to understand as well as relate too. Keep up the good work, I look forward to seeing any more possible submissions by you.