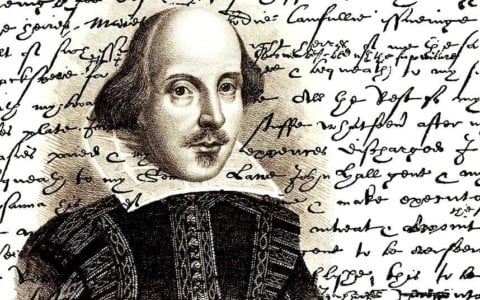 For my recitation, I chose to do a monologue from Act 3, Scene 5 of As you LIke it. This is one of my favorite Shakespeare plays, and I read the Character of Rosalind. Here, she is shaming a woman who is being rude to a man, and calling her ugly, but then this woman starts to like her (Rosalind is dressed as a man at this point). I learned that inflection and tone can really change the way shakespeare is interpreted. You wouldn’t understand that Rosalind is insulting Phoebe if you didn;t have the mocking tone at the beginning.

The pauses help the viewer to see what the actor/character is thinking, and it adds a lot to the story. This is also important and interesting because for the better part of the play, Rosalind is dressed as  a boy. I was lucky enough to play this part, and I chose this monologue beucase it is one that I performed. I had annotations written in my script, and got to play the character again.

Saying it in such a way also helped me understand the text better. “Who might be your mother that you insult, exult, and all at once, over the wretched.” This is saying that Phoebe has no right to be acting up in such a way, and it is asking if she is born of noble blood, becuase of the way she treats others. This also demonstrates Rosalind’s quick wit, she is able to think of all of these wonderful insults on the fly, and also this monologue shows that Phobe starts to like Rosalind, which is a big plot point.