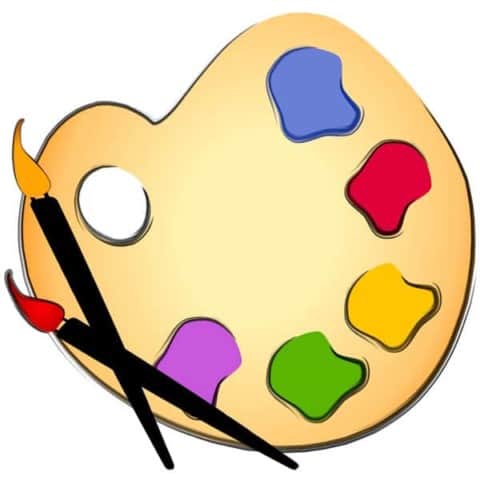 In the twenty-first century, school pushes students to succeed more than ever before. Adolescents are constantly under tremendous stress, and rarely do they receive enough time or resources to express themselves creatively. In recent years, education has directed its focus onto college preparation subjects. With college and careers in mind, the Common Core State Standards came into effect within the past ten years, focusing on mathematics and English (“Common” para. 4). Since 2013, The Next Generation Science Standards have also dictated school curriculum (“Next” para. 1). With such an emphasis on so called “core” subjects, many arts have been abandoned in school from a lack of funds and time. However, music and visual arts are indirectly beneficial to education, and are more important than the nation acknowledges. In order to promote the education of the next generation, the arts should be well funded as a necessary part of school curriculum.

Visual arts, such as painting, photography, and ceramics are often helpful to students beyond stress relief, also going hand in hand with education. According to The President’s Committee on the Arts and Humanities, “Students who study art are four times more likely to be recognized for academic achievement” (President’s). Visual art improves the wellbeing of a student so significantly that performance in other academics is often enhanced. One reason that art has positive effects on education is that it is beneficial to the brain in more ways than one. The Learning, Arts, and the Brain Summit reports that “children showed more motivation, paid closer attention, and remembered what they learned more easily when the arts were integrated into the curriculum” (Robertson). The rewards of visual art education extend far beyond the tangible drawings hung on your fridge.

Music is another creative art form that increases academic performance in core subjects. Americans for the Arts claims that “sustained learning in music correlates strongly with higher achievement in both math and reading” (Americans). Although they may not initially seem related, e#okemos #ohs, xperience in music can positively affect the primary learning goals of the American education system. This may be due to the fact that “musical training physically develops the part of the left side of the brain known to be involved with processing language, and can actually wire the brain’s circuits in specific ways,” according to the Children’s Music Workshop (Brown para. 6). Music has similar positive outcomes to that of visual art: both are incredibly healthy for one’s brain.

Rather than focus on the arts, the general consensus of the U.S. seems to be to channel resources directly into the subjects in which the country aims to succeed. It appears logical to use time and money toward a streamlined approach at education. However, the evidence does not support it. Nationally, 250 million dollars are funded toward arts and humanities every yar, but this budget is dwarfed by the amount spent on science alone: a whopping five billion dollars (Rebaudengo). This approach may be less effective, considering our country is still behind others that take the alternate option. Worldwide research reports, “Arts and music education programs are mandatory in countries that rank consistently among the highest for math and science test scores, like Japan, Hungary, and the Netherlands” (“Lessons”). It is very possible that a linear education method is not capable of providing academic results as well as a creative method.

Katrin Robertson says, “The arts, while not a cure-all for what affects a child’s learning process, can provide a lifeline to children who are having trouble succeeding in school.” The arts can heighten the successes of all students, whether initially struggling or already triumphing. They help develop the brain, increase attention span, promote memory, and are shown to alter academic performance positively. Following the techniques of more academically successful nations by integrating visual arts and music into the required curriculum can help achieve the education goals of our country for the next generation.

This is so true. Students are too stressed with academic classes, I feel that arts classes can give students chance to relieve stress throughout the day. I do not think that common core should be disbanded completely but that students should be required to take a least one arts class. This will give all students an opportunity to be creative throughout the day.

Hello Adelle!
I have to say I loved your piece, it was a very well written out and supported argument. I can agree that the visual arts relieve stress during the school day. With increased funding on the arts students can learn and grow smarter, and acknowledge how exceptional the arts are. I play the Cello on a daily basis, for it is an escape into another reality for me. I love how you orchestrated everything in this piece, keep up the good work!

The arts definitely are exceptional, as was that artfully constructed pun 🙂
Thank you for your personal connection to my piece- I also play an instrument and feel the positive effects.

Your piece makes some very strong points and I can very much appreciate where you’re coming from. The diction and persuasive elements are absolutely brilliant and I look forward to seeing how other people respond to this. I personally think that Common Core should be disintegrated all together, but I acknowledge that your argument is the next best thing to do.

Katie, thank you for your comment and compliments! I would also prefer that Common Core be disbanded, however, it’s not something likely to happen. With no standards to adhere to, school systems could independently choose what they’d like to teach, and that could cause a whole new load of problems. I agree with the disappointment in Common Core, but it’s better than chaos.