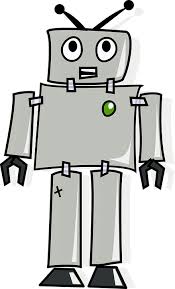 After delving deeper into the topic of artificial intelligence, it has become more evident that scientists are creating computer AI for tasks we once could complete, or difficult jobs that would be simple to a computer. In order to search for more information on this topic, I went onto the Gale Virtual Reference Library to search for sources that would analyze the desire behind AI. In an article referenced to Amir Amihood on computer science, a thought of computer efficiency was brought to my mind: As a society focused around this topic creates competent AI, the next focus will be its efficiency, and what limit will be drawn on this?

In another interesting article referenced to Margaret Boden, the purpose of AI creation is focused on. The main goal in the field of AI is to create a computer tasked with completing jobs that humans have had issues with in the past, which I mention in the first post of this topic. However, with any groundbreaking creation there comes a passion from those who are behind it. This pushes them to discover the full potential of artificially created intelligence.

Another reason for AI, mentioned in Boden’s source, is to discover and study “all possible minds”. The brains of us humans compared to the brains of animals or our pets are extremely different. We are the most intelligent on the earth; we domesticate animals less smart than us and have progressed to creating brains that would most likely exceed the limit set for the human brain.

Elon Musk would attest to the possibility of AI being much smarter than us. He believes that there is a great possibility that the ratio between us and computer generated AI would likely be similar to the ratio between humans and a cat. An animals ability to compute, problem solve, and effectively reproduce are at a standard much lower than us humans; we have learned and progressed through generations due to the mistakes we make and the solutions we create for next time we go about that process. We have biological tendencies when we are born that assist us though just incredibly simple tasks. The idea of being born, already knowing everything we need to know like ahead of us, and still getting smarter is absurd. We create AI and pridefully give them this ability. It is a scary thought, but it doesn’t stop there. Computers make mistakes at an exceptionally lower rate than us humans do. It’d be quite a simple life if we didn’t make mistakes. School sure would be easy too.

If we all were born at age 18, or older, and didn’t make mistakes, could you imagine where we would be now? We would have skipped over countless generations of technological advancement and would be much further than we are now.

Is it a risk we’re all willing to take?

Hello Joseph!
I think it’s awesome that you’re delving into the world of AI for you explanatory essay! Both of my parents are involved in CS, so often times I get to hear about the current AI and technology leaps and bounds that our society is taking. I never really considered the intent behind AI, and it is interesting to hear that the main goal is to do jobs that we can already do, but more efficiently. I think it would be a good ideas to look at Moore’s Law (https://www.newsweek.com/future-technology-uncertain-moores-law-comes-end-807546). While it doesn’t specifically pertain to the development of AI, it does discuss the exponential growth of technology that our world faces.