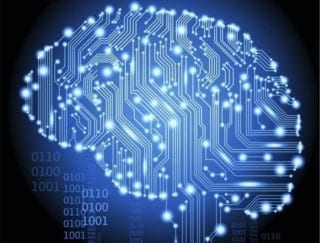 Frankenstein’s monster, life created by man, is similar to modern-day programmers and researchers trying to make it a form of life. This is just one of the countless examples of Artificial life or intelligence raising us and destroying humanity in pop culture. One of the common themes is the weaponization and militarization of AI. The government may have laws about this, but we are already teaching drones how to play paintball, what ramifications might this have looking into the future. According to Forbes, currently, many militaries are researching unmanned weapon systems, “The rapid development of AI weaponization is evident across the board: navigating and utilizing unmanned naval, aerial, and terrain vehicles, producing collateral-damage estimations, deploying “fire-and-forget” missile systems and using stationary systems to automate everything from personnel systems and equipment maintenance to the deployment of surveillance drones, robots and more are all examples.” (Forbes, The weaponization of artificial intelligence).

Arming AI to fight in war seems like a good thing at first, as there will be less death and injuries, but there has been a pattern of this in history if we look back. For example, the Gatling gun was meant to save lives, “When Dr. Richard J. Gatling designed his gun, it was meant to save lives. The American inventor designed the rapid-fire, spring-loaded, hand-cranked weapon with the express purpose of reducing the number of people needed on the battlefields of the American Civil War, thereby preventing deaths. Instead, he unleashed a forerunner of the machine gun that would scale the level of killing by several orders of magnitude, leading eventually to the horrific suffering in the trenches of the First World War.” (Will the Geneva Convention Cover Robots?). We have seen the reaper drone dominate and terrorize the skies of the middle east for years now, but a human has to supervise it, but what if they no longer need to? What if they stop firing on the insurgents and terrorists of the world and turn on us? Let’s just hope we never see that day.