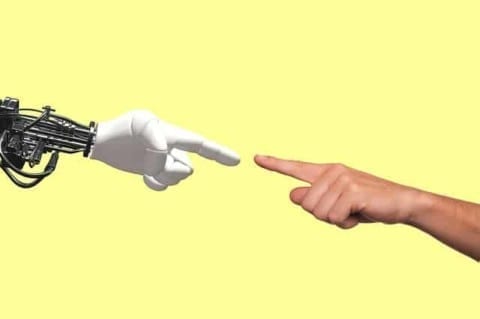 I published a survey about the future of artificial intelligence for students from Judge Memorial and other high schools participating in Youth Voices. The majority of students have a positive viewpoint on the future of artificial intelligence. More than half of those who answered the survey frequently use some sort of AI, such as Apple’s Siri and Amazon’s Alexa. Around two thirds of students said that AI will replace some jobs, capable of completing tasks autonomously. The majority of answers said they do not believe that AI will reach a point of self awareness that will go against humanity. With this being said, 75% of answers said that the development of artificial intelligence should be continued.

Artificial intelligence has had success recently, and will grow exponentially. According to Burrus, Google’s AI program is now consistently able to beat humans in the game of “go”. This game (which is thousands of years old) was once considered the only game in which humans could beat computers reliably. Many people are familiar with IBM’s Watson winning Jeopardy against the game show’s best champions. You might say these are just games, what point does that serve. However, these are just demonstrations of the technology’s abilities. Since winning Jeopardy, Watson “has been applied in an ever-growing list of fields, thanks to three unique capabilities: natural language processing, hypothesis generation and evaluation, and dynamic learning”. Watson, as well as other sophisticated artificial intelligence programs, continue to become more powerful at an exponential rate. They are able to learn from experiences and apply that knowledge into new situations.

AI technologies will be incorporated into homes, business, and research. Personal AI assistants are already very popular. Companies have announced more sophisticated assistants that will be available in the near future, capable of answering more difficult questions and completing harder tasks, as well as being able to carry on a more natural conversation. Personal assistants could provide a helpful aid for daily life (think C3PO).

Researchers can also benefit from the future possibilities of AI. Weather predictions are becoming increasingly more accurate. Some professionals that artificial intelligence may hold the key to a climate change. The technology allows for huge amounts of data to be collected and analyzed efficiently, finding trends.

Many believe the potential of artificial intelligence to be limitless. It is true that the technology will exponentially grow more powerful. There is a legitimate fear that this will begin to take jobs. AI will replace some jobs, starting from low-paying and dangerous, and working it’s way up into accounting and retail. However, artificial intelligence will not be as successful in “areas that computers have great difficulty understanding, including collaboration, communication, problem solving, and much more”. Also, the human quality is irreplaceable. Relationships between two humans are still important in business. The technology is not supposed to ruin jobs, it’s main purpose is to help. An implementation of the technology will open the door to facilitated commerce.

The technology should not be feared. Development in it should be encouraged. The future that AI can introduce outweigh possibly negatives. AI will only work in tandem and harmony with humans, not alone. Artificial intelligence still has a long ways to go, but the future is bright. I anticipate the day when AI can write essays. For that reason, artificial intelligence should continue to be advanced.

Hi Sam,
I think your article is very interesting. Artificial intelligence is one of the most exciting advancements in technology that we have today. I think that in the near future, AI will play a huge role in our day to day lives and possibly even run the world!
Here is an interesting article that is very practical for our time:
https://futurism.com/otter-app-transcription-real-time/