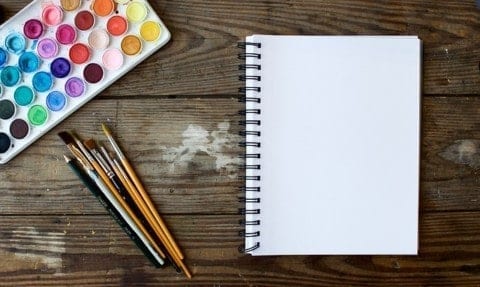 My brother has always been the most supportive person in my family when it came to my art. He bought me my first sketchbook when he saw me doodling random things in my notebooks. He bought me any art supply I thought about even if they were priced at such an absurd amount. He bought me my first drawing tablet and the one after that when I felt I was ready to learn other types of art. He always shows off any things I’ve made to his friends on social media and he encourages me to show it off too. He taught me techniques and gave me tips from what he learned when he was younger. He encourages me to pursue some career in art. He does all this and more to make sure that I have the ability to do what he wasn’t able to. How will we feel if I tell him that I don’t actually like art?

When my mother was telling my brother and my sister about America, she told them that it’s a country where you’re able to do anything that you want and be happy. It’s a place of hopes and dreams that will be true with a little bit of hard work. He believed that and when he came he put his heart into his work. He loved drawing and sketching and just creating art of any kind. He joined groups that were art specific and when he went into high school he knew he wanted to pursue a career in it. Unfortunately he wasn’t able to. College was a difficult thing to get into and pay for when you weren’t a legal citizen. My sister had attempted to go but was forced to drop out as she wasn’t able to pay. My brother decided to just work instead of trying and not being able to just like my sister. In his free time he was always creating art and graffiti anywhere he could. He never lost his passion for it. As the years went on and he continued working he accepted the fact he won’t ever get to do it as a career. He’s fine with it now. He still occasionally doodles when he comes over for dinner. He enjoys it as much as he did when he was younger. He’s glad to see me draw and help me with it.

I didn’t start drawing because I found it fun and interesting, I did it because it was just a way to pass time for me. I did it because I thought it was one of the easiest things to do. I remember that day he saw me I was just watching a show and thought the art was cool. He saw me and asked me I liked drawing. I told him I thought it was alright and was immediately telling me that I should keep drawing and if I get better I can get a job doing that. Ever since then he’s told me to continue it and to practice more. For me it was fine in the beginning but now it’s been weighing me down. I feel as though I’m no longer really doing this for myself. I feel as though I’m only doing this for him and to live out his American Dream. There are days I feel unmotivated and feel like it’s just a chore. I practice every day in order to get better because he tells me to.

Parents living out their dreams through their children is a common thing. It’s looked down upon because they don’t give the child their own chance to find what they enjoy and what they do. They force the child to do things they may not enjoy just because they weren’t able to. Is there any difference between this and what my brother is doing?

I really don’t want to continue but I have no other choice.

I can relate, I love drawing and it’s only fun when you”re creating on your own time. It’s a great hobby to have when you’re stressed out.