Home Art or Not? 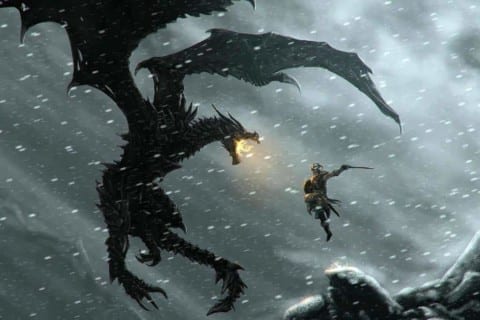 When a person walks into an art museum, what should they expect to see? A painting? A sculpture? A book?  A poem? A video game? Most people do not expect to see a video game in a museum. They see them in their house, on their book case, or being played on their TV. Should they expect to see video games as art? This is a controversial issue that has been going on since the creation of video games. Like a painting created by an artist, a book written by an author, or a poem written by a poet, the creation of video games should be considered as a form of art due to the effort put into their creation and the effects they have on the people who experience them.

Calling video games art is not anything new. Video games are just as legitimate as other, more  common forms of art. This was determined in a court case in California, which argued that video games should not be sold to minors because of the violence in them. The case took place between 2010 and 2011, in the Supreme Court. In the case, it was argued and declared that video games, like art, fall under the First Amendment, which means they have First Amendment rights (Sutter 4). This was very good news to video game developers. The Court Justices said the issue might be addressed and re-examined later, but for now, the First Amendment backs up video games. With its officiality, this statement by the supreme court shows that video games fall into the same category as other forms of art approved by the government.

However, even with the approval of the government, some people refuse to believe that video games should not be considered art. Such a position can be countered by putting into perspective the amount of time and energy every aspect of a game requires to be considered complete. Very detailed pieces of art can consume massive amounts of the artists time. Making video games take years, because the amount of detail that goes into the making of a video game is far greater than the detail that can be achieved by a painter. For example, imagine a field of grass in a video game. An artist draws or paints blades of grass and moves on. A group of developers, on the other hand, take a couple of days to write the code for every single blade of grass, telling it to sway one way or another (Mirasol 11). To put that into perspective, very talented painters, such as Picasso, produced an average of three to four paintings a day (Tervooren 6). This shows that video games in fact are art.

Similarly, video games can be considered art for many reasons. One of the biggest reasons people consider something to be art, because of the emotional impact it has on the player (Tucker 3). People feel different things when they look at a piece of art or read a book. They could feel happy for the character, sad because of a death, confused by the looks of the painting, or many other emotions. Video games also influence these emotions on the players. If a character someone loved dies, they would feel sad. If someone loses in a game, they might feel angry. If someone beats another person in a game, they would feel victorious. All of these different emotions that are caused by video games show that a video game is not just a game, but an experience. This one reason is enough to convince people that video games are art.

Moreover, curators started to notice connections between video games and art. Certain museums have showcased video games as a form of art to express their opinion on the debate. One of these museums is The Smithsonian (Tucker 2). The Smithsonian created an exhibit with nothing but video games. The exhibit shows the evolution of video games in the past forty years, in an artistic perspective. Similar to how people compare paintings from different artists made in different time periods, the museum compared video games and their advancements since their creation. As expected, people were able to see that video games did indeed evolve. At the beginning, they were kind of basic or simple, but as technology advanced, things got more complex and players were able to do more, due to creative people joining the industry (Smuts 13). In comparison, the evolution of video games is similar to the evolution of art, which went from carvings in caves to posters for propaganda.

Reasons such as the amount of time and effort put into their creation or the emotions they influence show that video games should infact be considered art. They are not as simple as they might seem. Video games are the art of this time period. So the next time a video game is seen, whether it is a graphically intense game on a console or a simple app on a smartphone, understand that many people have sat down for hours and hours, in front of computer or at a meeting desk, thinking about how they should entertain the players of the world, with their own art.

One sentence you wrote that stands out for me is ¨ Like a painting created by an artist, a book written by an author, or a poem written by a poet, the creation of video games should be considered as a form of art due to the effort put into their creation and the effects they have on the people who experience them.¨ I think this is amazing because it shows that an artist is someone who creates something like an author, a poem written by a poet, and a sketch artist. That is why video games artists are a form of art and should be recognized.

Thanks for your writing. I look forward to seeing what you write next, because you writing help me remember that video games are a tip of art like other form of art and should be recognized.

Hi tesh,
One sentence that really sand out me is that “When a person walks into an art museum, what should they expect to see? A painting? A sculpture? A book? A poem? A video game? Most people do not expect to see a video game in a museum.” that really stood out to me because this sentence made the reader think what what they are reading

This was a really cool perspective on video games that I had never thought about. I also think that video games are a type of art, and they should be appreciated like they are art. So much time and creative influences go into creating video games, and they really put you into a whole other world of art. I liked how you mentioned the court case that helped video games be seen more as art and how you talked about the Smithsonian as an example of a museum that shows off video games as an art. Time Magazine did an article about how video games are a combination of art and science, and I thought that was another cool way to look at it. http://time.com/section/tech/

Hi Tesh,
I really like this argument because it is something new and out of the box. I found this piece really intresting to read. I like how you clearly stated your claim about how video games should be considered as art anf all the evidence you backed it up with. Keep up the good work!