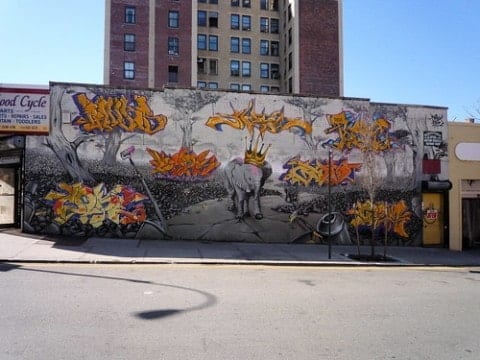 My name is Christopher. I was born in 2002, on June 23rd, so that makes me 17 years old. I’ve lived my whole life in New York, bouncing from place to place a few times in life, but I finally settled in the Bronx for a good eight or so years. Important things to know about me are that I’m pretty quiet and I’d rather not talk if possible, I’m really forgetful, and I don’t like being the center of attention. My life has been quiet and fine for the most part so I really don’t know what to say  about a turning point, besides a random loss of interest of school in my sophomore year in high school.

I’m not sure what I like about school yet, though when I was at Bronx Law the only class I ever liked was art. I’m not the best at drawing but I drew a few good things when I was there. I’m self taught and have been drawing for 4 years now so that explains why I’m not so good…yet. When I’m out of school I usually play my xbox or draw the whole day.

I feel safe walking down the street in my community. The streets are safe most times but there is the rare chance of an old lady just yelling at a teen for bumping into her by accident, a few verbal fights, and if there is a fist fight it’s usually quick but that’s rare to see. There were two thieves the last month robbing someone that was somewhat close to where I live and that’s been the first I’ve ever heard of something like that happening in the eight years I have been there. So the streets are usually fine but fights and danger do happen. It’s just rare.

Hey Christopher, I liked your story. If you are passionate about art I think you should share it and learn from what others say about it. Let art express who you are. The art you create can reflect about who you are and what your life is like. Art is pretty amazing. Keep on keeping on. I enjoyed reading your story and maybe one day you will make a piece of art for the world to see.

This is a very interesting story. I can relate to many of the things you said. And if you’re into art, do something with art if that makes you happy. Art is very great way to express yourself and there is nothing wrong with not being the best at it right now but you will get better as long as you keep practicing. Art does keep it interesting and fun. I enjoyed reading your story.

Thanks for reading my Bio, and glad you enjoyed it. Practicing is all I do 0^0

Hi Christopher, I liked reading your post and I’m also not really sure what I really like about school or what I want to go to college for, but if you like art you should pursue that. I think it would be an exciting field to get into, although I’m not the most creative person.