Will we ever be able to get religion out of politics?

Home Will we ever be able to get religion out of politics? 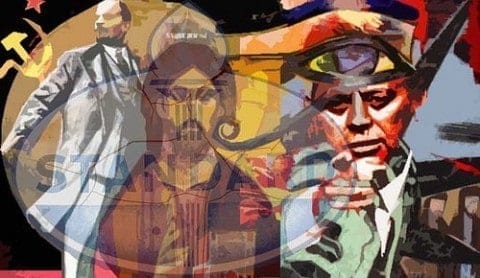 I have recently been thinking about my original thesis for my essay, the only concern of it was if it was possible to be a good person without believing in a god or holding a religion. After reviewing it and thinking more in-depth about that topic, I realized that the thesis that I originally had not only been argued throughout the history of mankind but was also easily agreed with. To put it more simply, it would be difficult to write a long paper on the topic on an agreeable topic and one that, quite frankly, doesn’t really matter. It was difficult for me to craft another thesis relating to my original that was important to me, especially after doing so much research on my original topic which made it so I couldn’t change my thesis. It took me a while, but after digging into my topic and reading articles about the involvement of religion in today’s political landscape, I decided to shift my thesis towards the political side of things, stating that state should be more separated from church because it is possible for people to be good without god.

What really sparked my interest in this new direction of thesis was a couple of articles that I read about the Mormon Church’s involvement in Utah politics and interactions with lawmakers. It’s something that resonates very strongly inside of me and is something I’m sure I’ll be able to write very passionately about. The article that really sparked my interest was written for KUER, titled “Carl Wimmer Opens Up About LDS Church, Utah Legislature Relations”, which details the tension that exists between the political identity and the religious identity of our lawmakers here in Utah. Wimmer said that the Mormon Church had a large influence on a number of bills that went through the Utah legislation, including those on 2011 immigration and 2008 ban on flavored malt beverages. Carl Wimmer “described meetings behind closed doors between legislators and church lobbyists being akin to LDS Personal Priesthood Interviews.”

These are the types of policies that have been put into place where I feel that my writing could have a real impact and hope to change things. After talking to my ‘expert’ on religion in american politics, I have come to see that we will never fully be able to get all religion out of politics, but it is up to us, as reasonable people, to fight for reasonable legislation with a good, concrete reason behind it other than a dominant religions reason. For example, here in Utah, it is very easy for us to see the influence of our one, dominant religion in our public policy. It is illegal to buy or sell any malt beverage in a grocery store with more than a 3.2 percent alcohol by weight. Lately, many legislators have been trying to lower the legal driving under the influence limit to .05 BAC from .08. Compared to other states, this unbelievable and it is truly evident of the preposterous amount of influence that the Mormon Church has in Utah politics.

I think that it was a good thing to shift your research idea and this new idea is a really interesting topic. I think that religion has played an integral role to politics whether it was evident or not since the beginning of time and this shift away from that is a rather new trend. I think Utah is a great place to research this as well because of the mormon influence in Utah you mentioned. I am very interested in seeing how this is happening in Utah as well as other places.