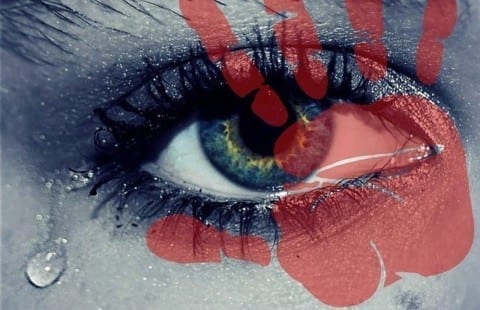 According to an article called “Teens: this is how social media affects your brain”, one scientist claims that using social media is “… just a way we have of adapting to our environment”, while another claims that “… social media is affecting our brain, particularly its plasticity, which is the way the brain grows and changes after experiencing different things”. This article continues to highlight the physical and biological aspects of how social media usage affects a teenagers brain. For example, whenever a teen “… learns something new or experiences something, it’s encoded in [their] brain, and it’s encoded by subtle changes in the strength of connections between neurons”, says Dr. Dumontheil.

This article highlights the various ways that social media has impacted our society. It is proven to have had a mix of negative and positive impacts on our society. Some positive impacts is its impact on politics, business, and socialization. For example, in politics, every politician should use social media as “… social websites have played an important role in many elections around the world”.  In business, social media plays a large role in advertising as it is “… a cheap and effective means to enhance brand image and popularity”. It has positively affected socialization in that “social networks offer the opportunity for people to reconnect with their old friends and acquaintances, make new friends, trade ideas, share content and pictures, and many other activities”. It has helped professionals and students by offering “… social media sites like LinkedIn to enhance their career and business prospects” and allowing students to “… collaborate with their peers to improve their academic proficiency and communication skills”. Lastly, it has contributed to helping the public explore and learn more about “… different cultures and societies by connecting with people in other countries”.

Some negative effects of social media can be seen in cyberbullying, its impact on productivity, and its impact on privacy. For example, with cyberbullying or online harassment, everyone is vulnerable to being targeted if they are not careful with what they share and post. Social media can also impact productivity, for “many companies have blocked social networks on their office Internet as addicted employees can distract themselves on such sites, instead of focusing on work. In fact, studies show that British companies have lost billions of dollars per year in productivity because of social media addiction among employees”. It also has had an impact on privacy because, yet again, if one is not careful and reveals “… personal information on social sites, it can make users vulnerable to crimes like identity theft, stalking, and more”.

I researched whether or not depression in teens was increasing, and I found that “teenagers seem to be self-harming more.” According to a study published last month in the UK, “the number of 13 to 16 year olds seeing their doctor for this reason rose by nearly 70% from 2011 and 2014”. This is a very significant increase in less than 5 years, and it is a tragic statistic. Nav Kapur, a scientist at the University of Manchester in the UK, claims that its difficult to “… explain this possible rapid increase in self-harm among girls… It might reflect a real rise in psychological problems, but could also be due to better awareness or recording of self-harm”. He also claims that the most frequently cited explanation for this increase in mental health issues, is a constant exposure to social media and the cyberbullying this enables. But this brings up the question of whether or not social media truly is responsible? According to this article, “cyberbullying is often painted as a uniquely dangerous threat. Yet this is contradicted by a recent study of over 100,000 English teens, which found there were more incidences of face-to-face-bullying than internet abuse, and the former was much more detrimental to victims’ happiness”. This shows that society may be taking the complete wrong approach by assuming that social media is having a negative impact on kids due to cyberbullying. It could be better to continue to focus on face-to-face bullying rather than just dropping it and assuming that bullying only occurs on the internet. There should be a mindfulness about oneself and others taught in schools that create an awareness of how bullying, on all levels, is wrong.

Psychologists are also theorizing that “… even a rise in self-harming may not indicate a rise in distress”. According to Max Davie, a pediatrician in London, claims that “there seems to be more self-harming happening, but it’s not completely clear this is due to a greater level of underlying distress… [rather] it may be becoming a more culturally acceptable way to show your distress…” since people are so aware of the issue of self-harming and depression in society today. However, it is “… important to distinguish between normal sadness and clinical depression… [because] failing to do so carries a real risk” in that “by putting the normal experience of being a teenager into mental illness terminology it reduces kids’ resilience”. This causes teens to alter their mindset from something being normal to convincing themselves that this is a mental illness and I’m going to need treatment for it”.

The article goes on to discuss that it’s possible that society needs to put more effort into getting more resources. For example, “just last week, the NHS watchdog released a report warning that children with mental health problems are waiting up to 18 months for treatment”. This shows that society needs to do more research on how to better help with mental illness rather than just continuing to increase awareness about it. As awareness increases, wait times and busy staffs just increase and the problem is pushed back multiple steps. This also shows that it is possible that social media is being blamed more than it should be for mental health issues, when society should be working on helping people with mental health issues.

Another article I found discussed if children who own cell phones are more prone to cyberbullying. A study found that “children in grades 3 to 5 who own cell phones are particularly vulnerable to cyber bullying”, specifically, “based on survey data on 4,584 students in grade 3, 4, and 5 between 2014 and 2016, 9.5% of children reported being a victim of cyberbullying…”. This brings about the question of whether or not there should be an age limit on cell phones, or at least on social media. According to Elizabeth K. Englander, an author of the study, “parents often cite the benefits of giving their child a cell phone, but our research suggests that giving young children these devices may have unforeseen risks as well” such as an exposure to social media at too young of an age and putting themselves at risk for bullying. “Across all three grades, 49.6% of students reported owning a cell phone. The older the student, the more likely he or she was to report cell phone ownership: 59.8% of fifth graders, 50.6% of fourth graders, and 39.5% of third graders reported owning their own cell phone”. The data shows that third and fourth graders were more likely to report being a victim of cyberbullying, but “… across all three grades, more cell phone owners admitted to doing cyber bullying themselves”. Like I mentioned earlier, “… the increased risk of cyberbullying related to phone ownership could be tied to increased opportunity and vulnerability. Continuous access to social media and texting increases online interactions, provides more opportunities to engage both positively and negatively with peers, and increases the chance of an impulsive response to peers’ postings and messages”. So the question remains, what can we do? “At the very least, parents can engage in discussions and education with their child about the responsibility inherent in owning a mobile device, and the general rules for communicating in the social sphere”.

“What Impact Has Social Media Truly Had On Society.” Business 2 Community, www.business2community.com/social-media/impact-social-media-truly-society-0974685.

Bella,
You had a lot of great information regarding technology and how as of recent it has changed our exposure to bullying. After reading your article it made me wonder what we can do in the future to help children avoid bullying. It seems like there is so much good and bad that can come from cell phones that it would be extremely difficult to decide what would be best. You might find this article from psychology today interesting https://www.psychologytoday.com/blog/media-spotlight/201604/does-technology-make-bullying-easier. I appreciate how passionate you are about your topic, and I look forward to hearing more.

Bella,
This is a very impressive article with a very impressive amount of words. I can tell your very passionate about this and that it admirable. I agree with you that technology has changed and become an outlet for more bullying. It makes it easier for bullies to hid and is easier for the victim to get hit. It is very tough to monitor since almost every kid has a smartphone these days. What ways do you think we could combat this without changing society completely?
Helpful Link: https://www.lawnow.org/cyber-bullying-bullying-through-technology/