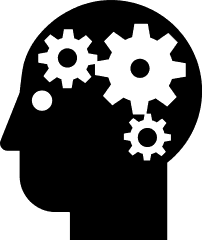 I recently discovered an article called “‘PauseApp’ Breakthrough: Helping Adults Fight Social Media Anxiety, Depression” that talks about a new app that can help adults fight social media anxiety and depression. Not only has social media mentally affected teenagers, but it also has taken a toll on adults’ mental health. In order to provide a helpful tool for adults, “a Chicago-area entrepreneur is unveiling a new weapon that helps adults avoid the anxiety, depression and loneliness triggered by unhealthy levels of social media usage”. He was inspired to create this app when he noticed his friend, who spends a huge amount of time on social media, was spiraling into a deep depression due to comparing himself to everyone with “perfect lives” on social media. The app is designed with “… a color-coded system to alert users when their total time on Facebook, Instagram and Snapchat exceeds research-based healthy limits”. “If usage becomes excessive, PauseApp briefly flashes yellow ‘caution’ or red ‘excessive’ warning lights”. “It is not designed to restrict your access…the cautions are meant to encourage you to consider taking a break”.  I think this is a genius invention that is necessary in order to build better and healthier habits for social media usage in all walks of life.

Another article titled, “It’s Complicated: Teens, Social Media, and Mental Health” talks about how determining whether or not social media causes mental health issues is complicated. It explains that there have been many studies that show “… that the heaviest social media users experience the greatest amount of anxiety related to FOMO (fear of missing out)”.  However, there have also been studies that “… found that when college students interacted with others on Facebook (specifically), their “bonding capital” actually increased and feelings of loneliness decreased”. Therefore, the topic or issue is extremely controversial and too complicated to determine a true outcome. For example, this article claims that “the majority of teenagers report that social media helps them feel more connected to their friends and provides critical support during difficult times. Yet, at the same time, one out of five teens disclose feeling worse about their own life because of what they see on social media”. This proves that the issue is incredibly controversial, and there is still a great deal of research to be done on it. The article goes on to say that even though face-to-face time is very important, teens usage of social media is also very important in order for them to feel/be more connected to the world around them.

Danah Boyd, a principal researcher at Microsoft Research and a research assistant professor at New York University who wrote the book about the controversy of social media’s affect on teenagers called It’s Complicated. Boyd addresses both sides of the argument by understanding “… why adults are concerned about teenagers becoming screenagers but also what teenagers get out of their screen lives”. She believes that teenagers should not have serious restrictions on social media access. She often hears parents complaining that their children prefer computers to real people, “… however, she discovered that they would much rather hang out with their friends in person. But they can’t.” This brings up an excellent point that “… today’s teenager have less freedom to wander than any previous generation”. Everything is now dangerous and children and teenagers are much more sheltered now more than ever. Therefore, social media is potentially  “… the only way teenagers can effectively get a life”. Boyd explains that “teenagers go online “to take control of their lives and their relationship to society… social media can be a release valve, allowing youth to reclaim meaningful sociality as a tool for managing the pressures and limitations around them”. Ultimately the lesson that Boyd is trying to explain is “… if the concern is that kids are spending too much time online, the best response isn’t merely to pull the plug. Parents, teachers and even urban planners might try to think about giving kids physical freedom, leisure time and more public spaces to gather to actually change their digital habits”.