Are we living in the largest mass extinction to date?

Home Are we living in the largest mass extinction to date? 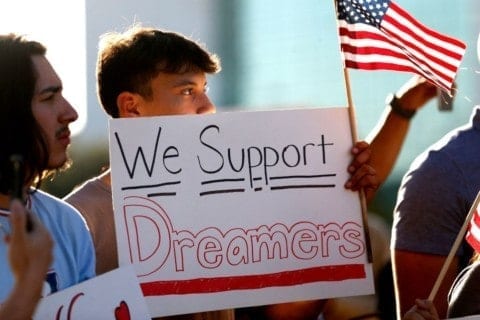 Mass extinction, characterized by the “catastrophic widespread perturbations in which 50% or more of species become extinct in a relatively short period compared with the background extinction rate” is a questioning matter in our world today. Authors Cheryl Pellerin, Natalie Goldstein and John Armstrong explore differing viewpoints on the question: Are we currently experiencing the largest mass extinction in Earth’s history? Whether one believes it is an impending threat but it is not yet necessary to take action, or a threat society is already facing, the rationality and effects are astonishing.

For the idea that yes, human impact is currently causing the greatest mass extinction in earth’s history, author Natalie Goldstein defends the idea that by nature, species become extinct as circumstances are altered, but since the exponential increase in human population, the extinction of these animals is effectively taking a drastic plunge due to the “intrusion into and disruption of natural habitats around the world.” Golstein claims that there has been five other mass extinction, each not as dire as the one we are currently in: the Sixth Mass Extinction, Goldstein calls it. She claims because of our current rate of the world’s current rate of population growth, “human demands on Earth’s basic resources are unsustainable,” and that we “threaten the continued survival of other organisms.” She supports this claim with data stating that humans today consume between 30 and 40% of the total net primary production on the planet as well as having consumed, polluted, or ruined a large amount of freshwater resources. At the rate at which the world is going, 0.27% of species are lost annually. Therefore, Earth will have lost an extraordinary amount of its species in less than 200 years.

Nevertheless, evidence also shows that there could have been greater rates of mass extinction in previous events. To defend the statement, no, several measures indicate that the current mass extinction, while severe and alarming, is not the largest in earth’s history, John Armstrong alludes to fossil records showing that the reason for past mass extinctions does not pertain to humans, rather to meteorite impacts, extensive volcanism or dramatic changes in climate. The severity of these can be measured in different ways for example, the duration of each event being one. “As serious as the current extinction seems, it is not the largest,” Armstrong states. He claims that approximately 65 million years ago, right in between the Cretaceous and Tertiary period, is when the greatest mass extinction occurred, with 85% of all species going extinct. The cause of this mass extinction has been greatly disputed and a conclusion is still to be reached.

Although there is sustainable evidence to support the statement that there have been greater mass extinctions in the past, the rate at which the human population is proceeding at, shows that Earth is or will, in the immediate future, experience its greatest event of mass extinction. While Armstrong claims that 65 million years ago 85% of all species went extinct, Goldstein refutes with the idea that due to the rate of 0.27% of species lost annually, the Earth will have lost an extraordinary amount of its species in less than 200 years, proving it to be the greatest mass extinction in Earth’s history.