Are We a Society of Anxiety? pt 4

Home Are We a Society of Anxiety? pt 4 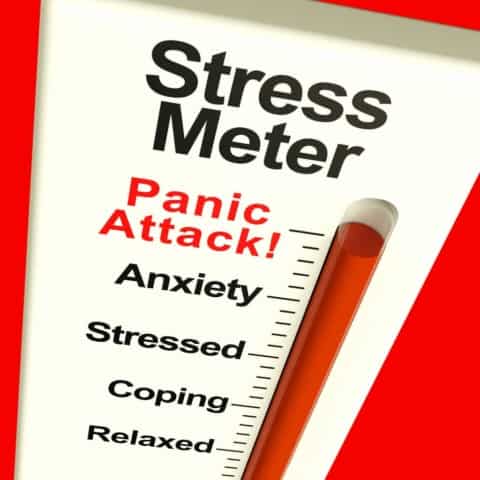 Antidepressant medication affects neurotransmitters which are where one of the roots of anxiety sprouts. There are several types of antidepressants used on anxiety patients. SSRIs (selective serotonin reuptake inhibitors) increase levels of serotonin in people’s brains which affects their mood, appetite, sleep, and memory. Some examples of SSRIs are Lexapro, Prozac, Paxil, and Zoloft. Another type of antidepressants are tricyclics which work just like SSRIs except they cannot treat OCD patients. Some popular tricyclics are Anafranil and Tofranil. The last kinds of antidepressant medication used to treat anxiety are MAOIs (monoamine oxidase inhibitors) which increase the amount of certain kinds of neurotransmitters that regulate mood. MAOIs are used primarily to treat panic disorder and social phobia. The types of MAOIs approved by the FDA include Marplan, Nardil, Emsam, and Parnate.

As I have said before, anxiety is very closely related with depression. Nearly half of the people suffering from depression, which is about 350 million people worldwide and 16 million adults in the U.S. alone, also suffer from an anxiety disorder. According to the Center for Mental Health Services, as many as one in 33 children and one in 8 adolescents have been diagnosed with clinical depression. Recent studies have found that depression has increased by 10-20% in the last 50 years and most of those people were young people under the age of 35. Antidepressants, in that case, have shot up a demand of 400 times in the last two decades for people between the ages 18 and 44. This means that the majority of people suffering from anxiety and depression are young and their disorder has progressed so far that medication is needed to provide necessary support for those people to make it just through the day. The National Institute of Mental Health stated that “people with depression are four times as likely to develop a heart attack than those without a history of the illness [and] after a [first] heart attack, they are at a significantly increased risk of death or second heart attack.” Depression is now ranked as one of the top three issues found in the workplace, and it accounts for about $12 billion in lost work days each year.

The very first step to treating an anxiety disorder is to consult a doctor or therapist to receive a proper and professional diagnosis. From there, the doctor should be able to personalize treatment options including length of treatment, explaining side effects, time commitments, and other health issues that come along with the disorder. There are several treatment options for people suffering from anxiety. As I said before, there is a plethora of medications that someone can be prescribed like antidepressants, buspirone, benzodiazepines, and beta-blockers. Nonetheless, only taking drugs to help anxiety will not “cure” anxiety. Most anxiety patients claim that a combination of medications, talk therapy, exposure therapy, support groups, and self-help aid them in dealing with their disorder. There are five different kinds of therapy that have been proven to be successful when dealing with anxiety, which are CBT, exposure therapy, ACT, DBT, and IPT. Another type of treatment is called deep brain stimulation, which was approved by the FDA in 2009, is used to treat severe cases of OCD. Eye movement desensitization and reprocessing (EMDR) can help reduce the intensity of disturbing thoughts. And lastly and most importantly, self help. This includes taking care of yourself by staying clean, avoiding drugs and alcohol, meditating, keeping a simplistic, non-stressful life and environment, and getting help from those around you.

In conclusion, anxiety is an issue in several different aspects. It is among the most common form of mental illness, roughly affecting 18% of the U.S. population. Unfortunately, anxiety disorders are often accompanied by other related disorders. Not only can anxiety cause physical and mental illness, it can also exacerbate it, leading to an abundance of doctors visits and even more meds. Even though anxiety can be managed and treated effectively, it may be hereditary which means more and more people are procuring the disorder. Anxiety stats are one the rise, but with proper education, resources, and help, this disorder can be managed in just about every victim.

Mia,
how does our country compare to others? I think that this is a great topic to cover because of the effects it can lead to. People who have anxiety can have a harder time doing simple things because they could think that a bad thing could come from it. I found a website that has some of the anxiety can lead to during everyday life https://themighty.com/2017/03/social-anxiety-everyday-situations/. Thank you for sharing your research and I hope to read more in the future.

What a great issue to write about! I think this issue is so important in our society today because depression can lead to traumatic things like suicide which devastates the whole surrounding community. The huge issue is that people are afraid to get help and they aren’t willing to go and get treatment. So this is what spurs my question – How do I help a friend of mine and how do I even determine if he/she has depression?