Are there Effective Alternatives to Testing on Animals?

Home Are there Effective Alternatives to Testing on Animals? 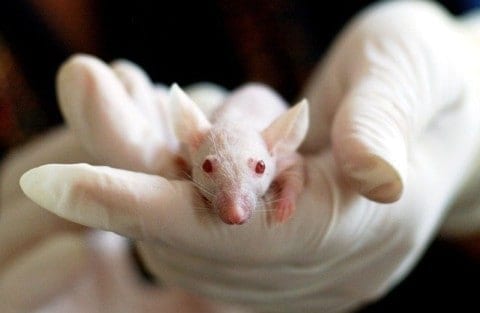 Animal cruelty through medical and cosmetic testing is at an all time high, with an estimated 115 million animals worldwide used in labrotory experiments every year. Many programs have created alternatives to this testing which have proven successful in a variety of regards.

Through my research,I have found multiple proposed and implemented alternatives that have proven effective all around the world. For example, a group called ZEBET is a German based program that strives for the Replacement, Reduction, and Refinement of animal research all around the world. They are in close contact and communication with the German govenrment, working to implement laws thta refine the use of animal testing, and eventually being the number of aniamsl being tested anually closer and closer to zero.

Further, ZEBET has proven that the tests being conducted on animals could just as easily be conducted on humans, skin grafts, or embryos. They have begun medical trials without the use of animals, and the results have proven glaringly obvious. Further, ZEBET has proven methods of technology that are useful for testing similar procedures. “How then can we achieve an idea of the systemic toxicity of substances without animal use? A promising approach is computer-aided modeling of the systemic behavior of a substance, so-called in silico methods.” These ideas are just the beginning of the ideas and future plans of ZEBET, which goes to show that there are plenty of resources and methods that would be sufficient alternatives to testing on animals.

This being said, ZEBET addresses the counterpoints that their program has received from various critics throughout the years.Because animal testing is so controversial, as it has proven both beneficial and harmful, ZEBET recognizes that it is unrealistic to completely abolish the testing. “By noting this, it becomes clear that without any doubt ZEBET’s main tasks and focus currently lie and will remain to lie in the replacement and reduction of animal testing.” The program shows how their goal is to replace all animal testing, and in the areas where this has proven unrealistic, reduce the testing.

Further, the next two sources that I analyzed on the topic were charts displaying the numbers of animals in research every year, and the types of animals. In order to fully understand the procedures and basics of animal testing, this information is crucial. The information posted by US Statistics shows that,”In 2017 Us Government Statistics put the number of laboratory animals used in research at 792,168, a decrease of 3.5% from 2016.” Further, guinea pigs are most commonly tested, followed by “other animals.”The final chart demonstrates the number of experiments conducted on animals every year from 1939 to 2015. It shows that animal testing numbers peaked around 1972 and normal procedures greatly outnumber the harmful and genetically modified procedures.

Through my research, I learned that there have been many implement solutions and alternatives to testing on animals, and that new solutions are constantly proposed.

Megan!
This is an awesome post! I actually have not looked into this topic before now and you have very well explained how animal testing and research using animals is very prevalent and is an ethical issue. I have never heard of ZEBET before and will definitely be looking into their program and what they are doing to limit testing on animals. I wonder what American companies are doing to help minimize their testing on animals and how we as consumers can be more aware of this problem. It might be interesting to see how many people are aware of what companies use animal testing in the production and creation of their products. Great job! Cant wait to read your final paper!

I think you have an interesting topic with many layers. You cover the ethical side of the issue pretty well. I have a source by Steve Perrin you may be interested which covers the scientific side in case you’re “Preclinical Research: Make Mouse Studies Work.”
https://www.nature.com/news/preclinical-research-make-mouse-studies-work-1.14913