Are the people in Brave New World polarized like our current society?

Home Are the people in Brave New World polarized like our current society? 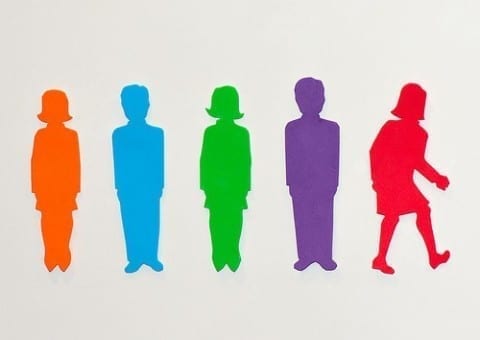 Brave New World and 1984 are both dystopian novels written in the early to mid 20th century. These books invoke fear into the audience with a terrifying future and outlook into our society. Although both novels have had lasting impressions on our society, Brave New World by Aldous Huxley has proven more relevant in our contemporary world. On one site a researcher points out this fact bringing up numerous points of evidence in our current society. “What’s more, a number of advancements portrayed in the book, whether they be technological or social, aren’t as scary as they seemed back then.And in fact, they’re increasingly being seen in a positive light.” One of the many reasons for this is how polarization of our society has formed.

In Brave New World, people are grouped into social classes and specific jobs. There are the elites Alphas ranging to the lower class Gammas, however, the people are also grouped into their specific job types. When being taught, each citizen is given only instructions and knowledge that will pertain to their career. This has created a polarized society in which people only interact with those that they share interests, knowledge, and views with.

This polarization in Brave New World has correlated strongly with the political and cultural polarization that we are seeing in our country today. One major issue seen today is how our political spectrum is becoming more extreme as people are fighting over their views rather than discussing and compromising. This is not only in terms of politics, people are moving to communities where they share interests and viewpoints. On this site I was able to find great examples and explanations as to how our society is polarizing. One of the primary reasons was a we can create our own source of information through technology. “The world of communications now contains innumerable information cocoons — comfortable spaces in which people can reinforce their own convictions.” These new communities are becoming culturally isolated as no new outside information that isn’t “accepted” is being brought in. “To a significant extent, people are learning and passing along ‘facts’ from narrow niches of people, most often comprised of like-minded others.” This social polarization isn’t on the same level of Brave New World yet but it could easily reach this level in the future.