Are people entitled to free healthcare? 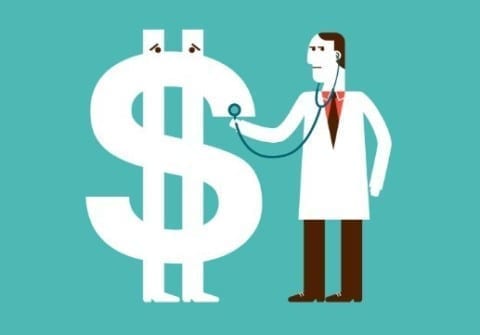 Being able to live is the most important human right. Living requires being healthy. But not everyone has access to living healthy. Many Americans cannot afford healthcare and have to ignore illness to save money. Often times that leads to more serious issues than money.

In a Huffington Post article it says that 46 million people have no health insurance and 60 million have no medical home. 18,000 people die a year from an illness and not having a doctor to treat it. Americans spend more on healthcare than any other country. Medical problems caused about 62% of bankruptcies. It will be hard to find a cost effective way.

An article by Truthout says that America should have free healthcare. They are saying that it is not a political issue but it is a human right issue. A lot of people die because they can’t afford care for their illness. Most people agree that it should be free. The U.S. is the only top 25 wealthiest country without free healthcare.

Free healthcare for Americans is important and many people around the country need it. It would be hard to make it happen, but at the very least, health care for very serious illness or injury should be free. But even then, people would still need regular, fair treatment for their health.

I agree with you and believe that we all should have access to free health care. However, like you mentioned, as of right now it is just not possible, while it may be in the future. There have been steps that have been taken, such as free health seminars and other similar events. When you said “…health care for very serious illness or injury should be free”, I tend to disagree. While it definitely should not be as expensive as it is, it would be very difficult to support our economy and other important structures if it were so. Overall you did a nice job!

I like the attention to detail Matt! But despite the US being one of the wealthiest nations on the planet there are still many issues preventing us from having universal healthcare. We provide healthcare programs for the poor and elderly, but opening it up to the entire population would be a major tax burden on the typical tax payer. It would also be directly against our capitalist economy. Healthcare providers have to compete for costumers, but with universal healthcare the government provides it with no competition. I do believe however healthcare should be a right, but there is simply too many obstacles in the way.

I like how you approach this issue, Matt. I am a pretty practical person, and I like to think that many of the problems arising in the world, especially health care, are driven by numbers and hard data. You draw attention to the simple cause and effect of lack of money and exacerbated medical problems. I think you ought to look into how free health care has worked in some the “25 wealthiest countries” you mention. Indeed, people do need regular, fair treatment in a modern world that can afford it to them.