Are monkeys taking over Thailand?

Home Are monkeys taking over Thailand? 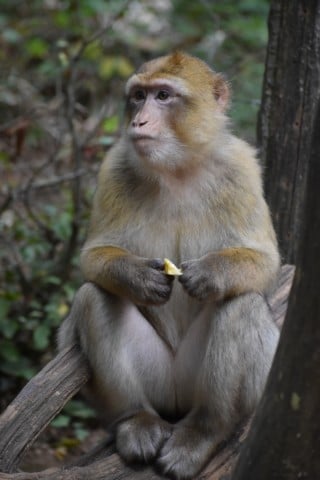 Imagine if you lived in a city that was heavily populated with dogs? Cats? Lizards? Well some people are living with monkeys. The people of Lopburi, Thailand have been negatively affected because of this.

According to Upfront’s latest magazine issue, “When Monkeys Take Over”, Lopburi has always had monkeys around the area. The city was a well-known area to tourists who were attracted to monkeys. All was well until the Covid-19 pandemic hit. The monkeys were used to been fed by tourists, but no tourists going anymore, they had to adapt.

They began to go into the city of Lopburi to look for food. They had been eating junk food such as cookies, soda, and candy given to them by the tourists. And when they arrived at the city they expected the same behavior towards them. But they did not stop there. The monkeys became violent and began attacking some of the local people in the shops around the city. If they were not fed, they attacked. Now, in most of the cities, people live in fear. Because of the violent attacks, many were forced to close their own shops in fear of the future.