Are Labels on Unhealthy Foods Needed? 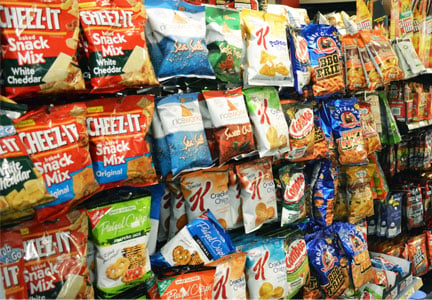 In the article, “Are Warning Labels on Unhealthy Foods a Good Idea?” I learned that obesity rates have doubled in more than 73 countries since 1980. The reason for this was because of the increased consumption rates for highly processed foods, according to most experts. The use of warning labels on foods with high levels of sugar, salt, or fat was first announced by the public health officials as a new tactic to fight these alarming rates. Many countries like Chile, Peru, Uruguay, and Israel have mandated putting labels on unhealthy foods since 2016. The United States has recently wanted to adopt this idea to decrease obesity rates.

I think this topic is very controversial. This topic can go in two ways: you either believe warning labels on unhealthy foods are a good idea or you don’t. Having warning labels in front of packages indicates that a food or drink is high in sugar, salt, fat, or calories which provides a clear and easy way for consumers to avoid the products. This can also address marketing misleading tacts with food they state are healthy but in reality contain high sugar or fat. Warning labels can also stigmatize products and those people who consume them which can cause a lot of harm. This idea can also seem as the government trying to influence people’s food choices which isn’t quite needed or wanted by many. Although there are many pros and cons for this idea I believe it would be very beneficial for not only the country but for the people to have warning labels on unhealthy foods.

Would you agree or disagree with warning labels on unhealthy foods?