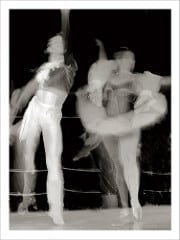 Rachel, This has always crossed my mind and I do believe ghost are real. Though I have never seen one with my own eyes I do watch Ghost Adventures. They gather a lot of evidence that prove ghost are real ,which makes me believe even more. There are many things that have to do with ghost that just can’t be debunked or explained. Rachel, Do you ever get scared when seeing a ghost?

Dear Rachel,
I was bored and typed in stories about ghost and although your title is very basic your story is very interesting.I too believe in ghost the same reason you do basically,just from all the stories i’ve heard.I always watch tv shows about ghost and things like that and people who can talk to ghost(medians) are mad dope.

I love that you put quotes into your story as well its makes me more intrigued because now it’s your opinion but also you have facts too.For example this quote you put is my favorite,”Albert Einstein suggested a scientific basis for the reality of ghosts, based on the First Law of Thermodynamics: if energy cannot be created or destroyed but only change form, so what happens to our body’s energy when we die?”That quote really makes you think,at least me.I personally would be scared if i had an actual encounter with a ghost but it would be a dope experience if the spirit was a good one.

Rachel, I think about this question all the time. I have never experienced anything with the paranormal, but I watch tv shows about peoples experiences. Also my aunt has weird experinces and she says its from the supernatural. How often do you experince paranormal activity alot? I found this website by a paranormal investigator. This article talks about theories on time dimensions. Hope this helps! (Article: http://www.theparanormalmd.com/blog/the-relevance-of-the-space-time-continuum)