Are elections in the United States fair?

Home Are elections in the United States fair? 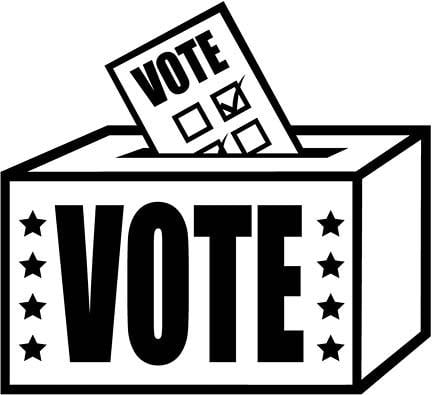 The United States of America is a representative democracy in which we elect people to make decisions on our behalf. We directly elect mayors, senators, members of the House of Representatives, judges, and other lower level representatives. However, when we vote for president, we are really voting for an elector that has pledged to represent their candidate, and the candidate with a majority of the electoral college becomes president. The article “How Fair are Elections in the United States” by Bob Lewis from IVN describes the issues in the elections of the United States. He claims that the elections are not fair due to the Electoral College, unequal media coverage, and uneven electoral financing. He asserts that all of these issues breed corruption and ignore the will of the people. He says, “Put simply, you can’t call yourself a democracy and ignore the citizens.”

Britannica describes another of the major problems with our elections: gerrymandering. This has been denounced because “it violates two basic tenets of electoral apportionment—compactness and equality of size of constituencies.” It is also commonly argued that majority parties in state legislatures, who draw these lines, have no regard for the voices of the people or any logical boundaries. These boundaries define both the districts that Congressional candidates run in and the electors of the Electoral College represent. Thus, when these lines are drawn in ways that divide the people up to cancel out a certain ideology, it becomes clear that those who are elected are not truly representing the people. In many cases, the people don’t think their vote even matters.

The Washington Post’s Dan Slater and Lucan Ahmad Way display additional issues of our election system that became irrefutable in the 2016 election in their article “Was the 2016 U.S. election democratic? Here are 7 serious shortfalls.” This list of problems include the scapegoating of minorities, international intervention, and the discrediting of the electoral process and opposition. Because of these things, the elections in the United States may “come up short in either of two ways: through procedural abuses, and through violations of substantive norms of democratic fair play.” In other words, our elections are being corroded by the people on the inside taking shortcuts or twisting the rules to help them win. To summarize, the system of our elections has had the ability to be fair in the past, but the spike in corruption and foul play has proved our elections have many shortcomings in terms of speaking for the people.

Olivia, your argument is articulate and well-researched. I agree with the fact that gerrymandering is a big problem is the US. Until gerrymandering ends, elections in America won’t be fair. I particularly enjoyed when you said, “In other words, our elections are being corroded by the people on the inside taking shortcuts or twisting the rules to help them win.” I think that it really well summarized your ideas in a short sentence. This article (https://www.fairvote.org/this_is_how_we_end_gerrymandering) explains possible solutions to ending gerrymandering. I’d love for you to read the article and tell me if you think that ending gerrymandering is a realistic goal.

I greatly enjoyed this information, Olivia. In particular, your final sentence that explained how “the system of our elections has had the ability to be fair in the past, but the spike in corruption and foul play has proved our elections have many shortcomings in terms of speaking for the people,” was very effective in conveying your message. In a New York Times article, (https://www.nytimes.com/2018/01/04/opinion/gerrymandering-supreme-court.htm), the author explains two different ways to look at gerrymandering. I would love to hear more from you about the nature of our democracy and how that relates to voting.

This is a very intriguing argument, Olivia. Gerrymandering is a very large issue in our current political state. It is a very big problem in Utah. Here is an example of an article that I found about how the unfair and inaccurate redistricting here is interfering with our ability to participate in democracy (https://www.sltrib.com/opinion/commentary/2018/08/26/commentary-utah-is/). I look forward to reading more from you! I enjoyed how you analyzed the situation and defined some terms that the audience might not be familiar with. Great job!