Are dogs pets or meals?

Home Are dogs pets or meals? 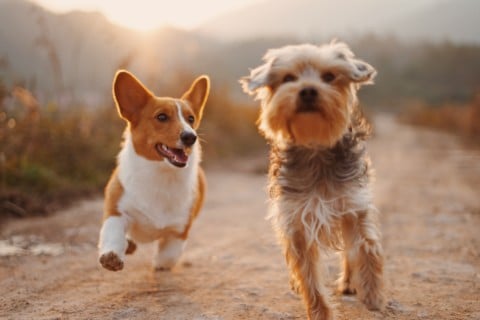 Dog meat is considered a delicacy in parts of China, but there’s growing opposition to it.

This year, amid pressure from animal rights groups and the rising number of Chinese who keep dogs as pets, the government issued a one-week ban on the sale of dog meat in Yulin, a city in southern China. The ban came in June, a week before Yulin’s annual dog meat festival where about 10,000 dogs–most of them stolen pets–are inhumanely killed. People in some countries, like China, are killing dogs for meals, not keeping them as pets.

I believe that dogs shouldn’t be killed for meals. The brief ban on the sale of dog meat in Yulin is a start, but Western and Chinese animal rights activists are pressing for wider change. “The dog meat industry is an affront to young people in China,” says Peter Li of the Human Society International. “Many [of them] have grown up with dogs in their homes.”

Dear rosa, I liked your posts about the article of ¨are dogs pet or meals¨ because I did not this would something to think about or why people would choose dogs to be a meal. One sentence that you wrote that stands out to me is ¨I believe that dogs shouldn’t be killed for meals.¨ I truly agree with you because dogs were never meant to be a meal they were meant to have a pet there and for them to have a life as well not for them to have a life just so it can be taken away.
Dulce cardona

Dear Rosa :
I enjoyed your post, “Are dogs pets or meals?,” because although mostly seen as pets, others in other countries see them as food.
One sentence you wrote that stands out for me is: “People in some countries, like China, are killing dogs for meals, not keeping them as pets.” I think this is informative because although it is true, we don’t know their situation, and we do not know if they are killing dogs for necessity.
Thanks for your writing. I look forward to seeing what you write next.
Diana Zuniga

I agree with you that dogs are pets not meals, but I also understand that people’s views differ between countries. For example here in America as well as other countries we eat beef, but in places like India cows are seen as holy and it is illegal to eat them. We shouldn’t judge people for the way they choose to live their lives and as long as they aren’t stolen pets, and are humanely killed they should be left to eat what they choose to eat.