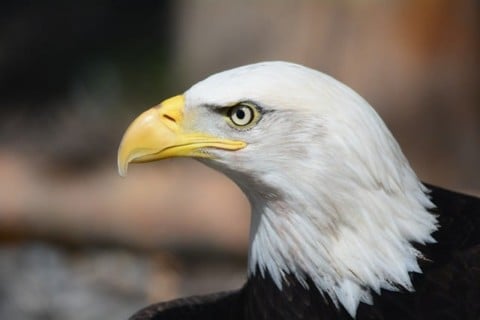 The United States’ political climate in 2017 has been volatile. The public distrust of media and “Fake News”, alongside the fractures in character of powerful men around the country in the “#metoo” movement, have set new precedents for what can and cannot be done. Once upon a time, in the United States, this precedent was set by casting votes, since public outcry was much harder to hear. Social media has made accusations and opinions visible in seconds, rather than weeks or months before the information age. Rather than a petition being signed at a government building in a town or city, one must only log into a website and type in their name, all while sitting on their couch drinking their morning coffee. Perhaps it is this “armchair activism” that has given the United States and its people a false sense of participation in their governmental and political affairs. No matter the cause, it is upsetting just how few people participate in a country whose pride stems from its freedoms and everyone’s ability to vote therein. Apathy, the word so commonly used to describe the feelings of United States voters, has become a communicable disease. The last time the United States saw voter turnout crest seventy percent was the dawn of the 20th century: the year 1900. After that, elections became less and less popular until 1996, when we hit an astonishing forty-nine percent. While forty-nine percent is not the lowest of any developed country, one must take into consideration that fifty-one percent of the population is enough to completely reverse every state’s electoral college decision, assuming the population was distributed proportionally across the states. This means that, if everyone voted, California could cast fifty-five votes to the Republicans and Texas could cast thirty-eight to the Democrats in the electoral college.

Sure, voter apathy is a problem, but it is far from the only issue of complacency. Countless articles from newspapers, journals, and web articles cite Tyler Cowen when referencing the issue of American Complacency. He was the author of The Complacent Class: The Self-Defeating Quest for the American Dream. In this book, Cowen argues that, despite the complacent class being a minority, they cripple the majority to the extent that “the American Dream”, that thing for which millions of immigrants and nationals alike sought for so long, is nearly at its end. George F. Will, an opinion article for the Washington post, had this to say: “Most alarming is American democracy’s becoming a gerontocracy … The portion of the federal budget automatically spent by choices made years ago is approaching 90 percent … This will worsen.” A gerontocracy, for clarification, is a society run solely by its oldest members. This makes sense, since the oldest generations of Americans are those born to the population with the highest rate of political participation. These oldest members have created the political policy for which the younger politicians now help to budget.

All the same, other developed countries are seeing their political participation dive and slowly creep upward, just like Americans. Global issues are once again becoming table talk, and the influence of the everyday citizen on political events is at an all-time high. Perhaps we have nothing to worry about, since it is a global trend, but that should not be encouragement to uphold the status quo. If you are of age and status, go vote. Though we are not in a hole, we are teetering on the edge of one, and if we value our democracy, we ought to uphold our duty to participate.

Very interesting topic, Hunter. I am appreciative of your ability to recognize the ongoing issue of complacency within our country today. In addition, I am also saddened by the fact that people feel their vote will not make a difference, when as you mentioned, “if everyone voted, California could cast fifty-five votes to the Republicans and Texas could cast thirty-eight to the Democrats in the electoral college.” This is a very pressing issue in our world today and I believe it is necessary for people to be more involved in politics and the decisions being made that will affect the livelihood of the American citizens. If you would like to read more on this topic, you should take a look at this source:https://www.pbs.org/newshour/politics/voter-turnout-united-states. I look forward to reading more from you on this topic in the future.