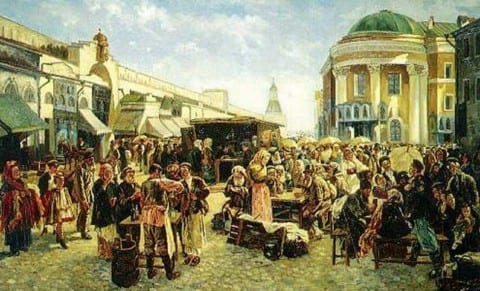 In the short story “Araby” by James Joyce, the narrator’s reflection on his childhood highlights his growth and contrasts to the boy’s changing view of himself and the world around him throughout the story. In the beginning of the story, the narrator recalls the innocence of his first crush: “Her name sprang to my lips at moments in strange prayers and praises which I myself did not understand. My eyes were often full of tears,” highlighting the strength of his infatuation, a testament to his childlike view of the world (Joyce). Throughout the story, his view of the world becomes tainted through his experiences until he sees himself as a completely different person and holds a pessimistic view of the world: “Gazing up into the darkness I saw myself as a creature driven and derided by vanity; and my eyes burned with anguish and anger,” portraying the stark change in his character throughout the story (Joyce). The actions of his uncle and his failure of a first crush results in his realization of the falseness of his desires and his own vanity, ultimately turning into disappointment directed at himself.

This story can inspire my own literary piece through its narration and description of setting. The story is told through the eyes of the adult looking back on his past, yet also through the boy’s own thoughts and feelings during the events. I could emulate this technique in my own short story or poem by using this subjective narration to show a growth or change throughout the story. The setting also plays a big part in understanding the meaning of the story by allowing the reader to truly jump into the story. Also, I believe opening with such a lengthy description of setting as occurred in this story enables the reader to understand the story clearer and uncover the author’s true meaning.