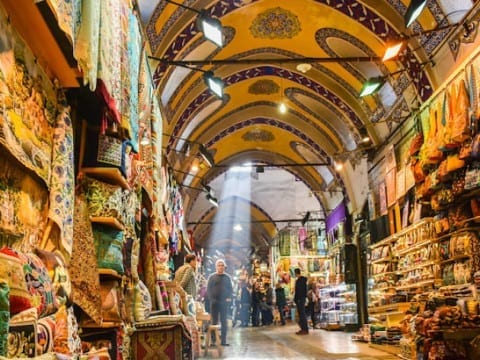 Through the narrator’s realization that reality is not always in correspondence with his desires, James Joyce reveals the overall meaning of his work, claiming that, with maturity, comes rationality, which can be a dark and difficult process. At the beginning of the story, the narrator describes “the career of our play,” emphasizing that playing with his friends had the magnitude of a job and was something that he would do often (Joyce 2). Here, the narrator exudes innocence, as his only concerns involve whether or not he would make it on time to daily play-time. As the story progresses, however, he becomes utterly preoccupied with his infatuation with Mangan’s sister. Thus, he loses interest in his friends. Although the narrator feels as though he is maturing and feels a sense of superiority over his friends because of it, his love is, in reality, vain and imperfect. By the end of the story, the narrator’s love failed, and he is left with nothing; however, he has gained experience that helped him recognize his ignorance as a young and innocent boy. Overall, Joyce implies that coming-of-age and maturity is an inevitable part of life that often reveals flaws in our lives, making one’s loss of innocence depressing of sorts.

Similar to Jane Eyre, the elements of “Araby” as a coming-of-age story can be utilized in my capstone project. As I have been contemplating topics of my short story or poem, I keep coming back to this idea of a coming-of-age story. My favorite novel that I read in high school was Great Expectations, which also emulated this same topic. What I enjoyed most about “Araby,” though, is that, similar to Jane Eyre, it includes a love story (although tragic) within the coming of age story. I feel as though this would be a very interesting topic for a poem, if that is the route that I decide to go. In my poem, I could emulate a similar coming of age story to “Araby” that highlights the unfortunate flaws of each person’s life, but, on a more positive note, I could write a more happy ending where the narrator achieves the perfect love that he longs for. In my poem, however, the narrator would have to first realize his flaws to learn from them and work on perfecting them in his daily life.