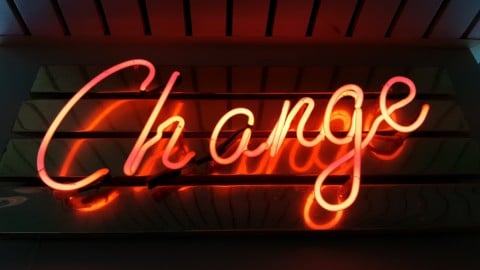 In the short story Araby, written by James Joyce, the main character’s internal change ultimately demonstrates the idea that sometimes change is unattainable. At the start of the story, the narrator is portrayed as a young boy, who is infatuated with his friend’s sister, whose “image accompanied [him even in places the most hostile to romance,” demonstrating the intensity of his desire for her, as the thought of her travels with him everywhere, including places that are the opposite of romantic. Not only this, but he describes that “every morning I lay on the floor in the front parkour watching her door… my heart leaped.” The narrator goes intentionally waits for her to leave her home so he can be close to her, even if they do not even speak. However, at the end of the story, the narrator changes. When he arrives at the bazaar, where he promised he would buy her a gift, he is disappointed because the market is ready to close. The narrator “lingered before her stall, knew [his] stay was useless,” realizing that his efforts to win her affection were in vain. Here, his character goes through a negative internal change because he gives up, angry that he will never change his relationship with her. The obstacles that were in his way of arriving to the bazaar on time serve as evidence that perhaps his is unable to obtain what he desires- change from his everyday life.

The elements of “Arabs” that I can emulate in my capstone project are the focus on setting and character change. The start of the “Araby” emphasizes the setting of the town, and sets the tone for the character’s struggle. Joyce purposefully describes the town as boring and traditional, whose inhabitants do not positively and openly accept change. This idea in turn emphasizes the narrator’s struggle with this idea, as he faces infatuation and love in vain. However, the reader realizes that it is change that the narrator desires, as he cannot seem to escape the daily routine and life in the small town. Emphasizing setting can affect my characters and their internal struggles, which can be a very useful element when composing my capstone project. Writing witch such intention will create character’s that are complex, and will greater demonstrate the ideas that I am hoping to emulate in my short story.