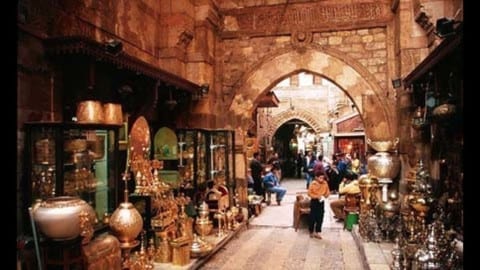 In the short story “Araby” written by James Joyce, the narrator, who is a young boy living in dull Dublin, Ireland, develops a liking towards his neighbor’s sister, and eventually decides to go to a bazaar to get her a gift after they had spoken about the market. The boy arrives at the bazaar right before it closes. Not many shops are left open, and he is left in the darkness. He becomes angry and disappointed with his immaturity and foolishness. Throughout the short story, the narrator becomes infatuated with his neighbor and constantly fantasizes about her and begins to disregard his other responsibilities, thus making her his main focus in life, but in the end, is disheartened by his own expectations. The narrator describes his obsession through interesting similes such as: “[his] body was like a harp and her words and gestures were like fingers running upon the wire.” This story is ultimately a great lesson for the reader, especially those who are young and naïve. One must not be blinded by possibilities, get their hopes up too high, or ignore the important or fun experiences and people around them in pursuit of their desires. The newfound awareness and loss of innocence of the narrator reveals to the reader that sometimes what is perceived as ideal will not occur, and one must accept the reality of their expectations.

One of the things that caught my attention when I was reading “Araby” was Joyce’s strong use of imagery when describing the setting, which in turn sets the mood of the story. His interesting word choice such as “sombre” and “the pages which were curled and damp” sets a gloomy atmosphere for the reader, an evocation I wish to emulate in my own capstone project. Joyce’s intriguing diction instills certain emotions in the reader, allowing the audience to have a deeper connection with the narrator and have a better understanding of the text as a whole. The thorough descriptions of the setting allows the audience to understand the upbringing of the narrator, as well as contribute to the changes the main character undergoes throughout the story. Overall, James Joyce’s imagery and diction grabs the reader’s attention and helps guide them to the moral lesson of the story, something I will be able to recreate in my own short story