Animating ‘The Princess on the Pea’

Home Animating ‘The Princess on the Pea’ 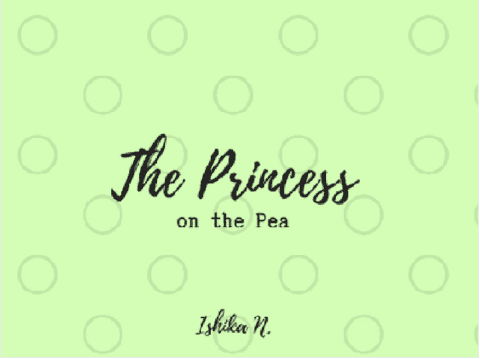 Believe it or not, one minute of animating can take up at least one page of coding. I experienced this firsthand when I was animating The Princess on the Pea on Scratch. The Princess on the Pea is a story written by Hans Christian Andersen. Although it is ridiculous and can be nonsensical at times like most fairy tales, Andersen teaches the valuable lesson of not judging people too quickly through it. It starts off with a prince who is looking for a princess to marry. However, his mother fears that most women will lie about their status to manipulate the prince. When a stranger approaches their castle on a rainy day, the queen is faced with a decision of whether to trust the girl or not. She also places a pea underneath the princess’ bed to test how delicate she is, hence the title of the story. The queen’s trust is rewarded with the prince and the princess getting married under their kingdom and living happily ever after.

Our Technology assignment was to create an alternate ending if the protagonist chose otherwise. Therefore, if the queen chose to not let the princess stay in the castle for the night, then the story would’ve taken an entirely different turn. When I conjured up the alternate ending, I showed that too much pride can be harmful and can cause you to drive away the people close to you. At the end of the alternate version, the prince still marries the princess, but they are in a kingdom far away from the queen, who is now left with nothing but a dying husband.

It was a very difficult process putting ideas into codes. First, we had to create a script to visualize the flow or length of our story. Next, we had to put it into storyboards using Storyboard.That. Last but not least, it was obviously required for us to synthesize our work into Scratch. One thing that I’ve learned from this project is to never procrastinate and put off work to the last minute. Things can get more hectic than a fairy tale if you are forced to finish up three days’ worth of work in one evening.

Here is a link to the original script, where it all began.
https://docs.google.com/document/d/1oXvyKCNbs3M4FuJtXGA-tWBxJbrU2QiW-XN24L4wuRg/edit?usp=sharing