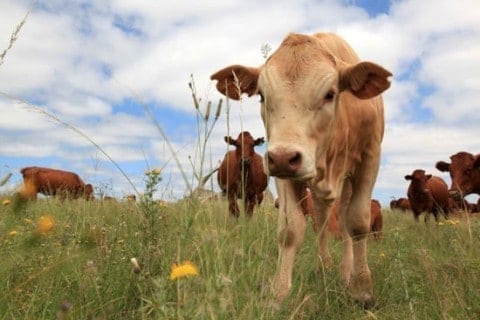 It is true that within our society of almost 400 million people, animal products are produced and consumed at an alarming rate. “Roughly 60 billion land animals and over a trillion marine animals are used and killed as commodities per year, merely to satisfy human taste preferences.” (www.vegansociety.com/go-vegan/why-go-vegan) Non-human animals are living beings that can taste, feel, and seek personal freedom and well-being. There are Five Freedoms that are used to frequently measure welfare. These include the freedom from hunger and thirst, from pain, injury, and disease, from fear and distress, and to express natural behavior. In all animal factories these welfares are completely disregarded. The recognition of animal welfare was a key component in the humane movement of the 1800s. It helped establish the RSPCA (The Royal Society for the Prevention of Cruelty to Animals) and the beginning of a new battle to bring welfare standards to all animal factories around the world. “The core idea behind the humane movement was that it’s okay to use animals for food, entertainment, television, medical research, whatever—but if animals are to be used for purposes like these, they shouldn’t be subjected to cruelty or avoidable harm.” (www.vegan.com) Unfortunately these core values are completely neglected in meat, dairy, and egg corporations. This is primarily because producers are focused only on making their product available to consumers in the fastest, cheapest way possible.

In farming factories cows, pigs, chickens, etc. are placed in small crates where they are forced to eat, drink, and reproduce constantly. Animals in such small confinement become nervous, aggressive, and sick. In all factory farms dealing with chickens, they are debeaked to prevent killing, fighting, and injury of other animals. This is a painful process being that their beaks are an essential station for smell, touch, and eating. To speed up the process of egg and chicken production, chickens are placed in dark environments simulating a moon cycle to force molting and given a great deal of growth hormones sometimes making their breasts so large and heavy, they are unable to walk. In farms producing beef and dairy, cows are fed many growth hormones along with food nonessential to their diets for optimal meat and milk standards. Female cows are impregnated constantly and forced to lactate for the first 4-5 years of their lives. Their udders being constantly filled with milk can become infected, painful, and stressful for the female cows. When they give birth to male calves, they are immediately taken away and become veal. These veal cows are chained in a tiny stall for 4-5 months and are fed milk with a very low amount of protein and iron. Their muscles never develop fully, making the meat soft and even better for the human taste pallet. Farming operation involving pigs are even worse. Most pigs become so bored with their small confinement and conditions, they will literally bang their heads against the concrete floors and walls, almost as if to kill themselves. All animals in these facilities become sick due to infections from urine and feces in which they are forced to live. If these animals become too sick or old to produce goods, they are thrown away and simply left to rot and die. If the animal makes it through these conditions, they are hung from a conveyor belt upside down to be stunned and slaughtered for food. Often times, the public tends to turn a blind eye to these horrific situations and just assumes these are extreme cases. The sad reality is that every factory farm that produces meat, dairy, or eggs uses these methods. We claim humanity is against cruelty but yet we continue to let our own taste, clothing, and other personal preferences infringe upon the lives of innocent creatures. There is absolutely no denying that the current practices of factory farms and meat corporations is morally acceptable and shouldn’t continue.

Veganism provides a more ethical way of living. It helps eliminate the long term destruction of animals and their freedoms. Eating fewer or no animal products doesn’t necessarily mean that animals who would’ve been killed, will now live but rather help to start decreasing the demand for these products and hopefully lead to fewer supply. When less money and demand are provided as motivation for these corporations, the less animals exploited and involved in suffering. Since these corporations products have become such a habited lifestyle for most people, the hope right now is to eventually create a better system where animals can live long, happy lives in a natural environment before they are killed for food and that an animal should never be slaughtered or tortured for clothing and other personal items. If you chose to go vegan you are promoting the important future for the lives of all Earth’s creatures.

Cheryl,
Your post was clearly something you are very passionate about which made it evoke even more in me. After reading you post it frustrated me how cooperations have been treating animals. It amazes me that we can treat other creatures who have perceptions of pain, freedom, hunger, etc. with such cruelty. I know so many people in my life who consume meet and animal products constantly and your article made me want to make them all stop. https://www.peta.org is an organization that protects the rights of animals and I thought you might enjoy learning about them. Thank you, good luck with your research!