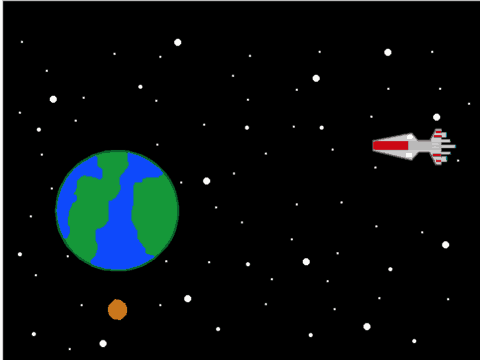 Have you been waiting for a battle in space? A battle that has prehistoric dinosaurs and evil dog’s? Well my animation has just that: “Animal Wars”! In my story the heroic and courageous Duke Skywalker is trying to lead the Rebellion on a mission to deliver a package to Princess Dino. They are interrupted by a Dogo ship which has the infamous and evil Darth Dogo aboard. The rebellion constructs a sneak attack from their ship which includes Duke and a very skilled mechanic and marksman, “Jake”. They are able to sneak into the core of the ship when they engage in a battle with Darth Dogo.

The process of making this animation consisted of making a script, storyboard, and then doing the project itself. The script had looked at what our characters would be saying as well as their places on the screen. This took many attempts to get it to how I wanted it, but in the end I was satisfied. The storyboard was a visual interpretation of the story and showed the key parts of the story and how they would be played out. The storyboard stayed the same throughout the creation process since all the parts of it fit in with the script.

The last part of the creation process was the animation. I had created all my characters first and then coded them to say and move where I wanted them to. It took a bit of troubleshooting to fix the minor bugs in between scenes and acts, but I was satisfied with the final product. You may see it here:

Thank you for reading and I hoped you enjoyed my article!