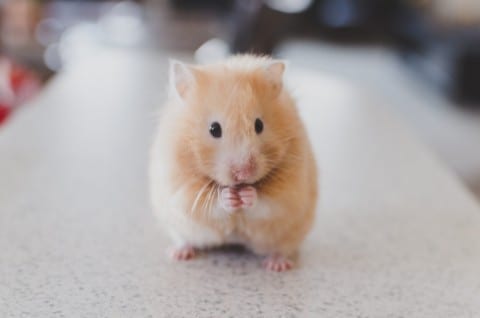 “The term ‘animal testing‘ refers to procedures performed on living animals for purposes of research into basic biology and diseases, assessing the effectiveness of new medicinal products, and testing the human health and/or environmental safety of consumer and industry products such as cosmetics, household cleaners, food additives, pharmaceuticals and industrial/agro-chemicals.” All testing can potentially harm animals and cause them physical and psychological harm. Most animals end up dead by the end of the procedure. It is hard to get a precise number of the number of animals used for testing every year because most countries don’t collect and publish animal testing data. In addition to harming the animals, it is hard to tell the exact effects products would have on humans because animals are so different from humans.

Over 100 million animals are harmed or killed in US labs every year. Over 90% of products that tested safe on animals fail human trials. A large majority of animals that are tested on aren’t counted for in national statistics. “According to the Humane Society, registration of a single pesticide requires more than 50 experiments and the use of as many as 12,000 animals.” Laws don’t require companies to use alternative testing methods even if they’re available. Overall, there are many problems with animal testing as far as ethics and morals go.

Overall, animal testing is unethical. Animal testing uses innocent animals to test our everyday products. The animals end up harmed, injured, or dead by the end of most experiments. In addition to that, animals’ biology is not the same as humans so it is not as accurate or helpful as many companies think it is.

your post is necessary in order to continue to spread awareness about animal testing. Unlike the awareness about the ethics and morality behind consuming meat, I believe that animal testing is lesser-known and discussed. You stated in your post that “Over 100 million animals are harmed or killed in US labs every year” from the effects of animal testing. It is shocking that despite such a large quantity of animals being harmed from animal testing each year, public awareness of this issue is not significantly present. When I explain to someone that I do not eat meat, they immediately associate it to animal-related ethical reasons, but when I choose to not purchase makeup from specific companies, it usually takes further explaining to them that the reason behind this is the cruelty behind animal testing.

I recently read an article titled “Good News: Researchers Find Alternative to Animal Testing in the Lab.” The article says that “Researchers from the University of Dundee in Scotland have developed an alternative to animal testing using a human skin culture system that closely mimics intact, living skin” (“Good News”). Their research will hopefully lead to the reduction in animal usage for skin-related research in the future.

It might be helpful to read an article that I linked that lists beauty brands that still test on animals. I have found it helpful to familiarize myself with the names of these brands so that I know that the products I purchase are not tested on animals.

Thanks for your writing, I look forward to seeing what you write next because I believe that it is through awareness about animal-rights related issues that the demand to solve these problems increases. I will definitely come back to see what else you write because you informed us about a topic that is not well-known. The only way to make these lesser-known topics more well-known is through education, which you have provided in your post.

Dear Mia,
Your post, “Animal Testing”, informed me of many different aspects of animal testing. I enjoyed how you decided to include how animal testing is bad for not only harming animals but how it is also useless. I also liked how your post included broad topics/ideas, and specific data about the topic, creating a well-balanced article that is both interesting and informative. Data on the animals are not collected by nations, which just proves that although they know it will not receive good attention, they will do it anyway. I think that it is troubling how companies are aware of the harm they are causing, but are just not smart enough to figure that animal testing is only going to harm them in the end. I think that your post was very interesting, and I hope you enjoyed writing it!

Your post was very touching to me. I knew animal testing was a thing in America along with other places in the world, but I never knew it was this violet or common. I feel very bad for the little creatures and I believe they should be treated and thought of fairly. Just because they are different form us or don’t know how to communicate or speaks to people doesn’t give humans the right to treat them as objects. It is such a shame that several thousands of animals are killed just to test a product. And worse than that, 90% of the time the products that were resulted to be safe on animals failed to be safe on people. I love the sad but truthful and informing post you posted and I hope this post will spread more awareness on animal testing and how awful it is.