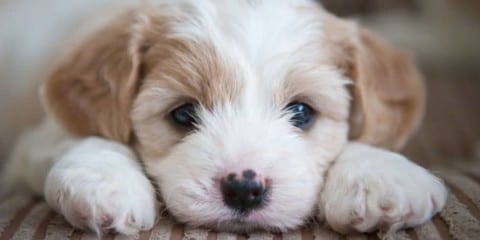 Should humans be able to do experiments on animals for our own benefit?

Humans should be able to do experiments on animals for our own benefit because with animal experimentation, us humans will be able to live a longer life. Did you know that, “Without animal research, millions of dogs, cats, birds, and farm animals would be dead from more than 200 diseases, including anthrax, distemper, rabies, feline leukemia, and canine parvo virus”(Americans for Medical Progress). With this, scientists might be able find cures for disease that can kill us. An example is cancer. Any type of cancer is dangerous. With animal research, scientists will be able to find a cure for cancer and many other diseases. This is because humans have a higher moral status that animals. According to Stephanie Liou, animal research can be ethical. She wrote, “defenders of animal experimentation argue that humans have higher moral status than animals and fundamental rights that animals lack. Accordingly, potential animal rights violations are outweighed by the greater human benefits of animal research”(Liou). This quote proves that people are thinking about the human benefit. They know that humans suffer more because of all the diseases that exist. It is true that animals don’t suffer as much as humans do when a person gets cancer. We should think of how much a person suffers when they get cancer. Their body is dying inside of them slowly. It is really sad for them to know that they are going to die because of cancer. We can stop this if there is a cure found. This can be found with animal research. As we learned in a video, there are many animals that are in the places where animals get tested. But only one third of them are used for animal research. The rest are to compare them.They are the control group. This proves that animals experimentation is benefiting people and there are not many animals that are dying because of our own benefit. For example, dogs also are benefited with this and they are able to get vaccines against diseases that can also kill them. It is true that animals suffer, but it is better for them to suffer than us humans suffering because animals are benefiting all including animals and human testing would only give us medications for humans and not animals. With the animal research, there has been medicines discovered and have helped humans a lot. In another source that I read, I learned that with animal research, scientists can learn new ideas of living things that cannot be learned any other way. The quote said, “By studying animals, it is possible to obtain information that cannot be learned in any other way. When a new drug or surgical technique is developed, society deems it unethical to use that drug or technique first in human beings because of the possibility that it would cause harm rather than good. Instead, the drug or technique is tested in animals to make sure that it is safe and effective”(The National Academies Press). This quote is important because it explains why animal research is important and it is benefiting everyone. In conclusion, animal research is beneficial for humans because it is finding cures for everyone not only humans. This research is also in benefit of animals.

This source explains why animals are used in research. This gives background on how this is beneficial to other animals and not only for humans. This source is credible because it is trying to inform the community so that they are not misinformed and believe that animal research is something that is only beneficial to humans. They are not doing this for their own beneficial.

HI Guadalupe, this was a very interesting take on animal testing. I found it interesting when you said “potential animal rights violations are outweighed by human benefit”. Animal testing is often looked at as a bad thing, so it was in was different to hear a positive side of it. Thank you for writing this piece. I hope to see more research works from you in the future because your truly had an interesting perspective.

Dear Guadalupe,
I am very interested in your post about “Animal Testing” because you included a lot of information about how it’s benefits us a humans. One sentence you wrote that stood out to me is “With this, scientists might be able find cures for disease that can kill us…. Any type of cancer is dangerous. With animal research, scientists will be able to find a cure for cancer and many other diseases” I agree with this because I believe in the future animal researchers will be able to find more cures such as cancer by using animal testing. Thank you for your writing. I look forward to what you will write next time because you had really great argument that you successfully expanded your thinking and writing it in your analysis and throughout your writing.

dear Guadalupe, I really enjoyed reading your blog. It had great evidences and you explained everything veery well and I really like how you expressed the feeling of the our benefits as humans and getting new treatment for the new disease we come across or viruses. It really stand out. I can’t wait, to read more of your blogs. I really enjoyed it an it was supper interesting to read.
sincerely Daniel

I am delighted by your post, “Animal Testing” because you explained very clearly how animal testing is a good thing and it is okay for researcher to do it. A sentence that stood out to me was “This proves that animals experimentation is benefiting people and there are not many animals that are dying because of our own benefit. For example, dogs also are benefited with this and they are able to get vaccines against diseases that can also kill them”(Quintero). This stood out to me because not only humans benefit from animal testing but also do animals. And I agree with you when you say that dogs are getting vaccines from the research because it is true, without animal testing most animals will be dying from diseases. Thank you for writing your blog. I look forward to seeing what you write next.