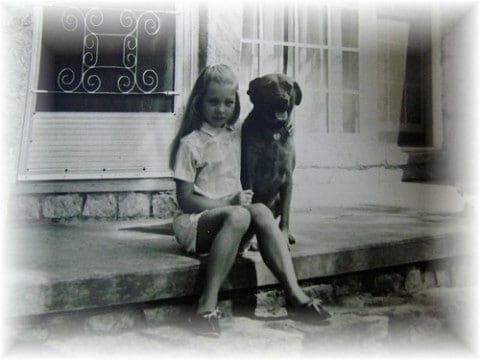 Animal cruelty. An intentional or unintentional neglect or abuse to animals by the hand of a human. This is the definition of animal abuse some may not now but animal abuse isn’t just intentional abuse, you could be hurting an animal and not mean to. I believe we should focus more on this because it isn’t right and animals should have just as many rights as we do, because humans are animals too, they’re shouldn’t be a biased between the two. Some different types injustices that I believe we should change are;; cosmetics industry, neglect, hurting them, roadkill, kill shelters, hunting, eating them when we can survive without meat.

The cosmetics industry use animals to test out makeup and skincare to see if it is safe for humans. More than 100 million animals die each year just in the U.S. to make sure your mascara that is insignificant  is safe for you, a human. All of these animals don’t deserve to die so a company can test their products. The animals that die include the following; mice, rats, frogs, dogs, cats, rabbits, hamsters, guinea pigs, monkeys, fish, and birds. I find it insane that we find it okay to torture and kill animals just to see if a makeup product is safe for HUMANS. Like if you’re trying to see if a product is safe test it on it’s own species that the product is for. If a human being wants a product that tested on animals they should have to be tested on too, because who is allowed to say they’re life is worth more than someone else’s.

Hunting, the act of killing innocent animals for sport and fun. So i we find it fun to go kill mothers, fathers and children who is to say that we aren’t monsters, because we are. We tea families apart for FUN, not even for survival. Over 100 million animals die from hunting every year just in the U.S. Another topic is roadkill, running over an animal and leaving it for dead because you couldn’t stop speeding so you would have time to get coffee before work. Seriously? You believe someone’s life is worth less than you getting coffee? You can’t take 10 seconds out of your life to slow down. Animals don’t understand what cars are, we stole their land, they were here way before humans and yet we find it okay to kill them so you can get a damn coffee. I feel they’re should be prison time for the act of murdering someone, we are animals too and yet we find ourselves more superior than others. The act of killing a deer should be the same punishment as murdering a person. What’s different between the two? You took someone else’s life away because you were careless.

Vegetarianism is living on a plant based diet where you don’t consume another life for your enjoyment or ever. We don’t even need meat to survive as a human race. How would you feel if another species did that to us? You would find it wrong and be scared every five seconds because you don’t know when your life will end because it’s up to someone else’s. Like why would we kill other mothers, fathers and children just for our amusement and enjoyment? The answer to that is we are a sick species and I hate that I’m apart of the human race. Im filled with so much hatred towards humans because we are horrible.

Neglect is not taking care of your “pet” which I find a problem because it’s just like when you adopt a child you don’t call them a “pet” you consider them part of your family. Neglect can be intentional or unintentional which neither are acceptable because that moment you decided to watch over another life you became their protector and parent. Abuse is the act of hurting or torturing an animal because you were mad or they chewed up your shoes. Like if your child drew on a wall would you hurt them and lock them in a small cage or leave them outside in the freezing cold? Do you tie your children up outside on a leash and shock collar? Just take that into consideration before you become a monster. Another injustice is kill shelters, they take in strays and give them a few weeks or days to find a home before they put them to sleep. Once again to orphanages kill children if they don’t find a home? The answer is no. 2.7 million cats and dogs die each year in the U.S. just from kill shelters alone.

They’re are so many horrible things that happen to animals on the daily, this is just some of them that happen to them. Yet we still don’t have rights for them? We have to start at the beginning before we can move forward. Sometimes I wonder how can you sleep at night? I’m going to bet you have committed one of these crimes and didn’t think twice about it because you simply didn’t care. If you value your life so much higher than another then how does that not make you a monster?

Dear Destiny,
I’m intrigued by your passion for animal cruelty in whole. I love how you want to make a difference in the world. We can’t stand by and keep watching heart breaking videos hoping that something will change with no effort. An interesting thing you said was,”The act of killing a deer should be the same punishment as murdering a person.” This is very interesting because, it’s clear how strong you feel about this subject. I can sense your pain through the descriptions you use. I don’t know if I would consider the death of deer equal to the death of a human, but I do see where you are coming from. It’s a life form either way and the fact that someone can take a life away from another living is sad. You did a great job of phrasing your opinion.

Destiny,
I agree with Mary, you can really see how passionate you are about this topic. I think that most of your points and I think it should be talked about more.

Destiny,
I love all of your ideas, and I think its wrong that cosmetic products are tested on animals. Only things like cures and medical treatment options should be tested on animals because they help save human lives. Cosmetics do not. I personally do not have a problem with people hunting for meat because all sort of pain and suffering exists in nature as well. But hurting animals just for amusement is wrong.

Great essay Destiny! You’re stance is head on and I couldn’t agree more. Especially the issue with cosmetic industries testing on animals, I think that is absolutely horrible and animals shouldn’t be dying or in pain just to test safety of a product we could live without in the first place, it’s very sad and many of the companies that aren’t cruelty free are some that i’ve used and I wish I had thought about this sooner. Your essay reminded me of some of the many things wrong with people these days, so thank you.

This text really impacts me. Animal cruelty is still a huge problem in the whole world. I’ve noticed you really care about this issue. That you are an animal lover like I am. And I agree that we also need to put more info about this situation out in the news and change things, because after all, they have feelings as we do.
Also the adoption situation is a plus and I have 2 adopted dogs.

I love all of your ideas, especially about the care of animals you adopt. I would love to see your stance on the fashion industry’s work with fur and environmental issues threatening other animals’ habitats because it goes hand in hand with the cruelties of the cosmetics industry that you mentioned.

Animal cruelty is definitely a problem in today’s society and while reading your essay, I could tell how passionate you are about this issue of animals being treated poorly and less than what they’re worth. I agree that there needs to be more awareness to the problem and more people willing to help the cause.