Life is all about surprises

Home Life is all about surprises 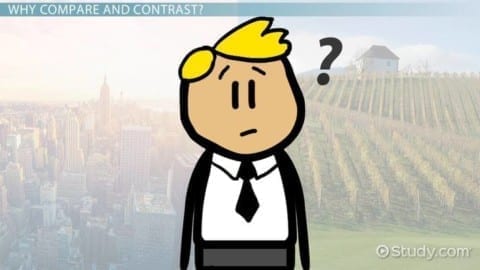 In my class, we read three story which is Every day use, The Lesson and How to date a white and brown girl. This is the link of the website where we read those stories. https://nowcomment.com/blogs/158092

I think this three story fits together because each story has a unique way to narrate. The author of each story utilize writing strategy setting which sets them together. One of the characters in each story is illiterate. one of the character in each story has lack of knowledge about the world. They are deprived from a lot of things. Their wrong idea and not have the courage to take the huge steps and decision is not letting them have the life what they carving for. This is all occurred because of the time. The everyday use story one of the protagonist character is Maggie who was not well educated and did not get a chance to see the world which cloud brings phenomenal change in her boring and mournful life. In The Lesson story, the narrator just wants to educate all the boys who do not have the knowledge about anything, and all the technology had been invented. The story how to do date brown girl and black girl etc…the narrator has a narrow mind to express about the girls characters and choice.

The first literary elements is conflict. which means internal and external issue. The significant similarities among these three stories is that they have a lack of knowledge about the world which is not letting them to content in what they possess. In addition, there was a racial inequality during that time. differentiates and distinguishes Everyday use from the other two is deprived from all the social and academic opportunity from society and stuck in the traditional mindset. Even if there is an issue between Mama and her daughter Dee because she is giving the quilts to Maggie. The differentiates and distinguishes The Lesson from the other two is the awareness of inequality and discrimination. The children are not getting what they should have in childhood. Differentiates and distinguishes How to date…from the other two which is The Lesson and Every day use, the narrator of the story had an internal conflict and he thinks all the girls thinks the same way about boys and he was properly managing to engage with young ladies with different racial.

The second literary element is characterization. which is means the trait of the character. The significant similarities among these three stories is they are young teenager who is curious and craving to fulfill what they actually deserve. differentiates and distinguishes The Lesson from the other two is the children’s lives a life where they don’t have access to explore the world and being uneducated letting their priority in the society very low. differentiates and distinguishes Everyday use from the other two is Maggie’s less self-esteem taking away to see the real and make communication with people. differentiates and distinguishes How to date brown girl… from the other two is the narrator knows how to behave and act depends on the situation and he is being very disrespectful toward girls.

The third literary elements is tone. which means emotion and feeling of the story. The significant similarities among these three stories is leading a life where they are actually not satisfied and deprived from education. differentiates and distinguishes How to date brown girls… from the other two is the tone of the story and character having the insecure feeling and not feeling comfortable what life he is living. He is not okay to reveal his actual personality and background of his life.The differentiates and distinguishes The Lesson from the other two is the astonishing feeling to see the children have no idea what is going on around the world and they are not educated. differentiates and distinguishes Every day use from the other two is the Maggie’s very disappoint her life and wants to get what she wants . she just suffering from the impoverishment and also because her skin got burned

The main idea about of these three stories is their improverishment family back ground. During that time there was inequality and lack of education was letting them to stay behind from all the discovery and opportunity which they supposed to get from society and family. Impoverishment could be the main reason were some of the characters of these stories trying to conceal their self in a small place where they have no access to somethings significant.

In conclusion, the three of the stories is talking about racial inequality. It was significant for me to read those stories because I have got general knowledge about the people ideology

I am envious of your essay, “Life is all about surprises,” because it shows a realistic point of view about life and how luck just played its role in some people’s life.

One sentence you wrote that stands out for me is: “they have a lack of knowledge about the world which is not letting them to content in what they possess” I think this is eye-catching because it shows that life is not about how much you have, but it’s about how you take advantage of the resources around you. Another sentence that I liked was: “and not feeling comfortable what life he is living.” This stood out for me because it proves that it’s ok to not be satisfied with your current situation, but it’s not ok to be in the same place for the rest of your life.

Have you seen this book? I thought you might be interested in this because it tells you how to actually read a book.

Thanks for your writing. I look forward to seeing what you write next because I think the realism in your literature is so eye-catching and opens the reader’s mind.