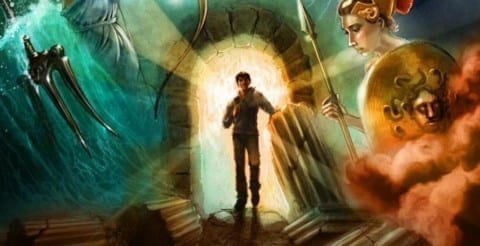 Recently, I read Percy Jackson’s Greek Gods by Rick Riordan.  I feel pleased with this book. I say this because I really don’t like books, but this book kept me hooked throughout the whole story and it was very interesting.

Percy Jackson faces certain forces and pressures.  Well, since he is half greek because his dad is the god of the sea, if he tells everything about the gods he will get in big trouble. He meets these forces and pressures by deciding to so he made the story as clean as possible so he won’t get in trouble. You can see this early in the book.

The tension rises when Percy tells the story of gods vs. the evil Titans. This might leave a reader feeling hooked. I say this because literally a royal rumble when god and titans face off and there’s a lot of blood that was shed.

The book climaxes when Zeus kills a lot of people for not obeying him over little such as not giving him something and Zeus did not care if you died or not because it will not affect him.

Dear Matthew,
I am intrigued by your essay because the book sounds interesting and captivating. I have also watched one of the movies but never checked out the book so it seems fun to read.
One thing you said that stands out for me is: “ if he tells everything about the gods he will get in big trouble.” I think this is interesting because… Greek god are very fascinating and it’s interesting how there may be more out there than we currently know.
Your essay reminds me of something that happened to One of my friends. One time in sixth grade one of my friends and a lot of others enjoyed reading Rick Riordan books and mentioned it a lot. You interesting in this book reminds me of my classmates in sixth grade and how much they enjoyed it and would talk about it during class.
Thanks for your post. I look forward to seeing what you write next because… it was very interesting to read and I look forward to reading the book sometime soon.