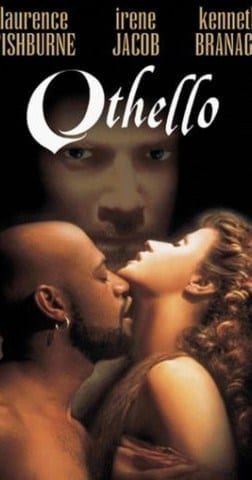 Othello and Iago are coversersing about Desdemona having an affair with Cassio. Iago is manipulating Othello into believing his lies turning Othello against Desdemona. Othello is just about to give in and believe Iago. Once Othello believe Iago Desdemona is going to be the one that suffers. The people believed a folklore that said If a raven flies over your house and makes a croaking sound then that means someone in that house is going to die. ( Cora Linn Daniels, C.M. Stevans) The reference to “Raven” in the story could mean a message such as the folklore the people believed in that time. The raven being black could have a reference to black magic that is considered to be evil. Other qualities the raven has is the bird is actually smart with the bird being smart the meaning behind that is  The choice of the raven as the animal could be because the loud noise they make can sound like a murder death. The irony is that even though the raven is smart and black, iago is the smart one in the play but he is not black.The word could mean “infected” as in a person being the infection in the house or a disease. It could apply Iago’s deception and manipulation in the settling is the infection.  He is the disease that keeps coming around to hurt people into doing what he want.The handkerchief is a symbolization of faith and Desdemona loyalty to her husband. With Othello seeing Cassio with the handkerchief he thinks Desdemona faith isn’t there anymore. Othello wasn’t ready to believe his dearly beloved wife could cheat on him so he couldn’t even finish his sentence while talking to Iago, and that is why the dashes exist. He just finish his statement by talking about how his handkerchief was not in desdemona ownership anymore. Seems to me that Othello was very angry about what Iago was implying about Desdemona.In the previous Act Iago said “I will wear my heart upon my sleeve For daws to peck at”(Acti.i.67-68) This is important to my quote because it’s saying that Iago heart was being pecked at so now he is the one pecking at people’s heart. The theme I spotted was Appearance Vs. Reality.

Iago is speaking to Othello after Othello just landed on the island of Cyprus. ”Tune” means a melody, especially one that characterizes a certain piece of music.If that’s the meaning then Iago is saying how well Desdemona and Othello relationship was at the moment. “Tuned” definition is to adjust or adapt (something) to a particular purpose or situation. This meaning could suggest that Iago plans to adjust a couple of things since it’s not going the way he wants it to go.”Set” down  means unscrew If that’s the case Iago wants to mess with Desdemona and Othello relationship. Iago always been the sneaky type so he is going to be the spider he’s knowns for and catch othello and Des relationship and smother it until it’s no longer into play. The behavior of the spider setting down the prey could also be Iago getting ready to set his move against Des and Othello. “Down” could also mean unhappy; depressed. If that’s the meaning than Iago hopes to undo their happiness and cause disorder. He doesn’t want to see the two inlove. He doesn’t care about nobody agenda but his own.