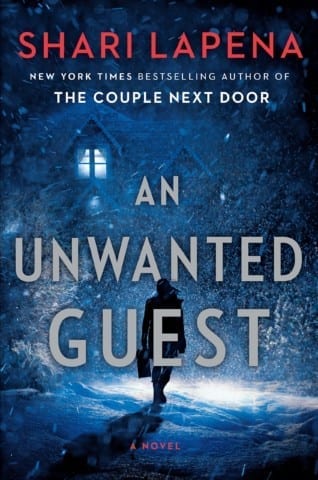 The protagonists are Gwen, Riley, Ian, Lauren, Beverly, David, Matthew, Candice, Henry, Bradley, Dana, and David. Her story is set in our current time period, and it takes place in the Catskills Mountains in NY, Mitchell’s Inn. The significance of the Mitchell’s Inn setting is that since it is in the mountains during the winter, the weather is very bad and the roads are too frozen for anyone to come and help them.

Gwen, Riley, Ian, Lauren, Beverly, David, Matthew, Candice, Henry, Bradley, Dana, and David face certain forces and pressures. They have to survive in an inn, with no electricity and no way to call for help against a murderer that is among them. They meet these forces and pressures by deciding to stick together and work together to find out who the murder is or wait long enough for the electricity to come back on and call for the police. You can see this early in the book during part 4 of the story when Candice dies..

The tension rises when Candice dies. This might leave a reader feeling nervous. People might get nervous at this point because now they realize that the death of the other guests are not accidents but there is a murderer in the group.

The book climaxes when Riley runs out of the inn after hearing a gunshot and everyone runs after her but, when they return inside, they don’t find Riley and they find Bradley dead in the snow. “He cups his hands around his mouth and calls out ‘Bradley, James’ ‘I’m here’ James shouts back. It sounds like his voice is coming from David’s right, west of the hotel. ‘I haven’t seen her either but you can’t see anything out here, where the hell is Bradley?’ David suddenly feels anxious, why hasn’t Bradley answered, maybe he already made it into the woods and can’t hear them. He and Gwen make their unsteady way forward toward the forest, they are almost across the lawn when David hears a muffled cry and the sound of someone falling down, then it’s a penetrating cry of pure pain coming from someone behind them from their right. James calls widely he turns and tries to hurry toward the sound, he hears Gwen panting and scrambling behind them, ‘Bradley’ it’s Jame’s voice, the desperation in it makes a chill run along David’s spine. David stumbles and slides faster and faster frantically to reach them. When he finally sees James he wants to close his eyes and block everything, his weak flashlight outlines a dark shape of James bending over Bradley who is lying still apparently lifeless on the ice-covered snow.”

The falling action ultimately resolves the conflict. Once the police get there, they find an earring next to Bradley’s body, and they find out that the murderer all along was Lauren and she was taken away. It’s a person v. person type of conflict that’s driving this story. This is because the guests at the Mitchell’s Inn are having a person v person conflict with on of the guests who is trying to murder them before they can call for help ansd ecape. Another reason is because they were fighting each other when they were trying to find out who it was.