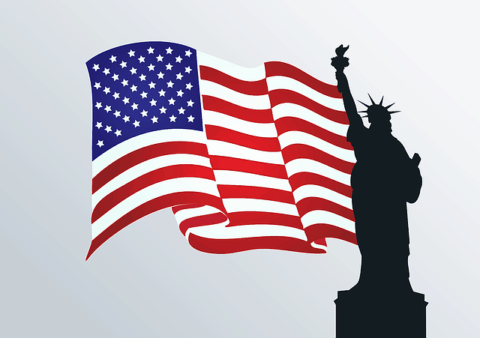 The past few days I have been conducting research on the social and economic effects that the legalization of marijuana could have on our country. I have found that there is convincing evidence that the new and expanding marijuana market is promoting the success of minority groups. The legalization of marijuana has allowed many young entrepreneurs to take advantage of the new market, giving them an opportunity that they had not had before. Rather than working in a traditional business environment where minorities are often neglected and pushed aside, the legalized marijuana market is allowing new groups of people to make a successful, lawfull living for themselves.

In an article from the Washington Post, it describes how the marijuana industry is in fact helping minorities, such as women, create financial success. It states, “[marijuana market] is acting as a catalyst for women to influence and succeed in the cannabis industry as the end of marijuana prohibition occurs on a national scale”. The national legalization of marijuana provides a lot of new job opportunities and opportunities for minority groups such as women to get a jumpstart on new businesses and success that they might not have had the opportunity to do so without the legalization of marijuana.

It has also been noted that the prohibition of marijuana targets minority groups. Rachel Knox, a member of a family of doctors in Portland, Oregon, whose practice focuses on cannabis told the New York times, “Prohibition is built on a racist formula, the health-care disparity between blacks and whites is large.” Minorities are often stereotyped by police and other authority figures, often making them feel targeted and negatively affecting their everyday life. While the prohibition of marijuana hurts minorities, the legalization would actually have an inverse affect, positively affecting minorities. Instead of pushing minorities to the bottom, it would actually provide a stepping block for which minorities could use to become successful, rather than being discriminated against.

The main argument against the legalization of marijuana is that it would increase the consumption of harmful drugs, especially in the younger generation. But studies have actually found the opposite, in the past few years as legalization has become more popular, smoking pot has actually become less popular. This might be because teenagers do not find marijuana as appealing if it isn’t “breaking the rules”, or it might be that teenagers are just simply spending their time doing other things. In an article by the New York Times, Nora Volkow, director of the National Institute on Drug Abuse, thinks that teenagers might actually be replacing drugs with smartphones and other forms of technology. The correlation between the use of marijuana is actually inversely proportional to the use of more hardcore, dangerous drugs such as cocaine, LSD and ecstasy, “Though marijuana use has risen among 12th graders, the use of cocaine, hallucinogens, ecstasy and crack are all down, too, while LSD use has remained steady” (NYT, 2017).

In conclusion, there are many more studies to be conducted and many more areas to explore before we can come to any solid conclusions about the legalization of marijuana. What we do know, is that legalization would help minority groups get ahead in an industry that had always been pushing them behind, and that there is significant evidence that the consumption of marijuana promotes a decrease in the use of more deadly drugs. The future seems promising for the many outlets and positive impacts of the legalization of marijuana, but we will still need to conduct more studies and more test drives to know for sure.

Koji!!
This was a really amazing review you have to give on why marijuana should be legalized, I love how you tackle the understanding of it from many different points of view. I believe you could make an amazing argument with what you have written down here. A great source to use is a documentary on Netflix called The Legends Of 420. It tackles the importance of marijuana being used in the medical field and also how harmless it is. They go around asking many different types of people what their beliefs on it is and they all get the same answer. That it should be legal

This is a really interesting article Koji! You do a really good job of taking an issue that is really relevant today and bringing up points that no one really thinks about. It is important to realize how big legislation can have positive effects on groups, and how the lack of it can cause harm to groups. By taking the main points against the legalization and showing why they are ineffective, your argument becomes that much stronger. I found this article on marijuana legislation, and I think you should check it out! http://www.drugpolicy.org/issues/marijuana-legalization-and-regulation

Koji,
I thought it was interesting that you were able to tie minority groups into this argument. While I haven’t thought about that, it is true. With this new booming industry, people that were originally behind are able to catch up and succeed. I agree with Lindsay as well with you being a very good voice for this topic. It is fresh and new. Do you think the legalization of marijuana would change any traditions or social norms we have set in place in recent years?
Helpful Link I Find Important: https://www.healthline.com/health/marijuana-and-epilepsy

Koji- I really like the point you made in this article, and you did a great job making it! I think it is really important to look at what groups legislation effects, and after looking at this case in particular from your article, it is clear to see that there are certain groups that are more targeted when marijuana is still illegal. I also liked that you looked at the counter arguments, such as it being a gateway drug, and you gave the reader the perspective of a teenager, which is very relevant in this topic.