An Entrance to My Life

Home An Entrance to My Life

I am Bradly Rivera, a 23 year-old learner and mentor. I connect with many of the habit’s of mind (HOB’s) but the one’s that hit home the most are “managing impulsivity,” “listening with understanding and empathy,” and “questioning and posing problems.”

I used to be a naturally impulsive person. It was hard for me to control the thoughts that came and I’d often just let that thought out, even though it may not have been a fully developed one. Luckily, as I grew and thought deeper I learned to control this and manage impulsivity. Along with learning to manage impulsivity came trying to listen to understand and show empathy. “To listen to what that person is trying to represent” is very important. For me it highlights not only being open-minded, but also trying to understand from a different POV. Thinking about the way a person has been shaped.

Along with being open-minded and show empathy, I’ve still carried that bit of impulsivity in me that always thinks to question everything. A quote by Einstein, “The formulation of a problem is often more essential than its solution, which may be merely a matter of mathematical or experimental skill. … To raise new questions, new possibilities, to regard old problems from a new angle, requires creative imagination and marks real advances” capitalizes on the human ability to communicate well. It’s something that more people should actively try to become better at and never stop.

Often times, questioning someone may be viewed as confrontational when it’s meant to be productive and garner new insight and information on a topic at hand. These habits of mind have been main drivers in shaping me in my later teen years. I became more self-aware and through that more knowledgeable of the world and people around me.

The sentence´s that stood out to me was, ¨It was hard for me to control the thoughts that came and I’d often just let that thought out, even though it may not have been a fully developed one.¨ This stood out to me because I can relate to this. I have sometimes said things without thinking first. In the end, it end up becoming a problem because I didn’t think things through. It’s important to think before acting. 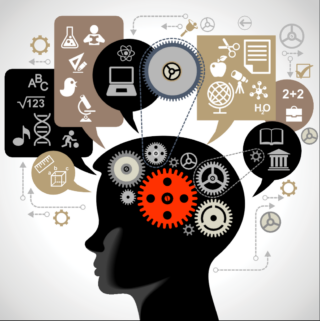