An end to years of segregation.

Home An end to years of segregation. 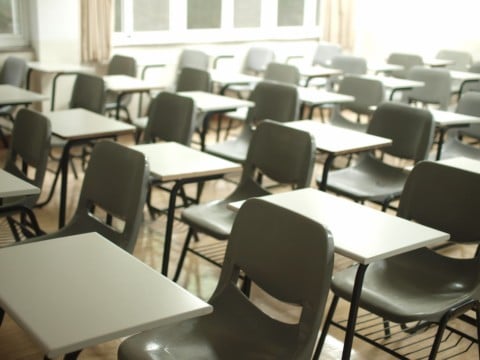 Through our nation’s schools, underfunded schools have become a norm. This issue is seen within schools in low-income areas. It isn’t out of the ordinary to see schools in wealthier neighborhoods provide their students with the latest technology and a range of advanced classes while schools in low-income areas struggle to provide necessities for their students. Racial injustices such as genocide and enslavement built American society and government. Institutional racism is built into all elements of American life, but now more than ever it’s seen in school funding.

For example, stated in an article titled, How school funding can help repair the legacy of segregation. Majority-nonwhite districts in the United States receive $23 billion less in funding every year than majority-white districts. This gap reflects the importance shown to each group. Students of color within nonwhite districts receive a lower quality education. A lot of factors play into educational inequality, especially housing and the discrimination people of color receive when simply finding a place to live.

Segregation isn’t only present in schools today but in housing as well. The Fair Housing Act of 1968 prohibited redlining, but the aftermath of this act is still present today. Homes in predominantly black neighborhoods are valued at half price than homes in neighborhoods with no black residents. This greatly affects schools. School funding is tied to local property tax revenue meaning schools in lower-income neighborhoods have less money to spend on each student. These issues lead to lower graduation rates and college attendance. For example in 2018, the average graduation rate for white public schools nationwide was 89% while for black students it was 79%. This clearly shows that white students graduate at higher.

Federal funding is the first step to closing the gap between students of color and their access to quality education. the Federal government should provide grants to underfunded schools. And with that school districts can use the money to improve access to education for underserved communities such as black or indigenous students, other students of color, students with disabilities, and students that come from low-income families. Another solution is legislative change. state legislative needs to move away from property taxes and fund schools differently. With the help of the hardships from the psat year, I believe lawmakers would view this as an issue of racism and fight against.

Educational equity can’t be easily solved with money but with the reexamination of cultural prejudice. students of color in well-funded suburban schools are offering fewer opportunities than their white counterparts. In conclusion, the United States with achieving educational equity when districts take into account each student’s resources. all students should have equal access to teachers that are properly trained. And the districts need to provide training and courses to help better teach students at all different levels.