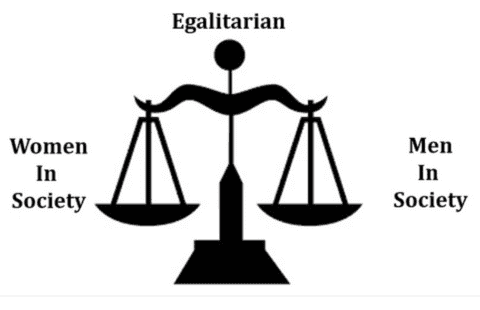 Throughout history, and the present time, men have been considered as the superior gender. The ones that conquered lands and ruled empires. Women weren’t allowed to do any of those things.  But, what if both women and men were the ones who ruled empires? How would society be shaped today?

I’m not saying that women should be superior to men, or vice-versa. What if we were all equal? There’s that idea imposed in many, that men are the head of the house. The ones in charge, while women bow their heads and obey. But there’s not that idea imposed that both, the woman and the man are in charge to manage the home. Machismo is very influential in the Hispanic culture. Machismo is a notion where it dictates many aspects of Latin American male behavior, particularly relevant for male sexual culture.

Males have an “extensive and uncontrollable” sexual appetite, making them think that they have the right to satisfy their desire in the ways they chose. Some show it through rape, abuse, and sexual assault. This is the state of mind where they think that they are better and stronger than women. If both men and women worked together to include both points of view, the sexual abuse rate would immensely decrease.

A couple of months ago, my sister and I were walking home at night. She gripped my hand very tightly as we saw a couple of men just hanging there, sitting down. She told me; “ Do not make any eye contact, and pick up the pace.”   As we passed by them, I looked and saw that all of them dug their eyes at us and had the creepiest smiles. Then, the laughs and inappropriate comments started. Why something so normal and simple as walking at night cannot happen without any respect and safety? Women should not be afraid to go walk outside at night through the streets avoiding being catcalled.

One of my friends gave me a ride home, and I saw a woman in the street who seemed extremely high in drugs. Her shirt was ripped, and her face was dirty. She had a bruise on her left eye. Then I saw a man in a truck approach to her and was talking to her. He somehow convinced her to get in the truck and left. I felt very worried about that woman. What if the man was taking her home and raped her? I wrote the car plate number and was about to call the cops when my friend’s father told me: “Why are you calling the cops?” and I said “That woman is not conscious, she seemed very drugged, she had a bruise on her eye and she got in a strangers truck” and he told me “It’s fine, they’re prostitutes, they like that life.” His response got me extremely mad. How did he just tell me it was “fine”? At that point, I didn’t care if he was my friend’s dad, I told him” Sir, you don’t even know if that woman is a prostitute. It seemed like she has been punched. She seemed very drugged and of course, does not have a clear mind, and she just got in that man’s truck. What if that man starts to abuse her? “ Then he replied, “ Ella se lo busco” “She brought in on herself”. I stayed quiet realizing that I was not going to change the way he thought. I got off the car and said thank you but made me so sad how machista that man was, and how influential toxic masculinity can be.

Toxic masculinity not only affects women but also men and little boys. To “become a man”, this teaches little boys to not express emotions. “Crying is only for girls.” This can affect a boy’s mental health negatively because instead of processing their feelings, they shove them down their throat. When they have sadness or angriness they express it through rage and violence, hurting themselves and others, causing a negative impact. If both women and men came together and shape society, toxic masculinity would not be an issue.

Salary discrepancies based on one’s sex is also an issue. Women might have the same position as another man or even a higher one, and still, get paid less. Women earn $0.79 for each dollar men make. This is NOT the average pay for women of color. Latinas have the widest pay gap, making only 53% of what white men make in a year. If women and men were treated and seen as equal it would not be an issue today.

Equal Pay. Not being afraid of walking at night. The word “Machismo” not exist in the dictionary. No catcalling. No need for pepper spray. That’s my ideal world.