An Apology to Kenny

Home An Apology to Kenny 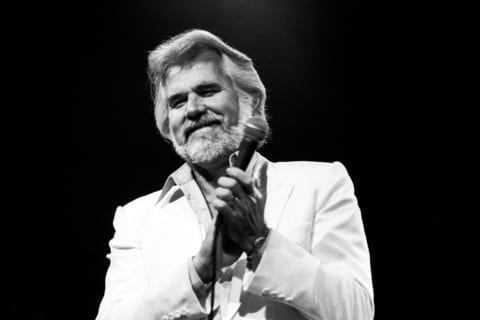 I can’t say I always knew who Kenny Rogers was. I knew about that one song that gave out bad poker advice, and vaguely about some kind of island in a stream, but I never grew to love Kenny for many years.

Over the past four years, I found myself slowly immersed into the world of old country. A lot of people will, and do tell me how terrible country music is. Yeah. A lot of it is. After the 1980s, not much good came out of the country. The songs grew repetitive, cowboy this, beer that, trucks are cool.

Now, there are exceptions. I have never changed the station from a Zac Brown song, and Chris Stapleton is one of the greats as far as I care. But not much can compete with the voice of Johnny Cash, the melancholy of the Highwaymen, or the depth of Merle Haggard. No one’s ever going to fill their shoes as far as I’m concerned. Which is what brings us to Kenny.

Kenny Rogers, as most of you know, sang one of the greatest country songs of all time, being “The Gambler.” It often found its way to our late night family game nights, not unusual considering we were playing No Limit Hold’em more often than not (No money was involved – perfectly legal stuff). Slowly, Kenny moved his way into my heart as one of my favorites. His songs have found a permanent home in my memory bank of music, and his voice will never cease to make me tap my foot.

Unfortunately, as all things are right now, there is a bad side to this story. On March 20, Kenny passed away of natural causes. It was yet another example of someone taken for granted, but vanishing in an instant. Somewhere in the darkness, Kenny finally broke even, and all of us are left looking for one last ace to keep.

We don’t have to just look at Kenny to see all this. When COVID-19 hit the U.S.A. just four months ago, most of us laughed it off, unaware of the impact it would have. And now, most of us are at home, from the outside looking in as the world continues to spin. We took a lot of things for granted, one of which was Kenny Rogers. Many of us won’t witness our graduation in person. Some of us don’t know where our next meal will come from. And, sadly, some have seen loved ones fall ill with this and not make it.

This is a sad time in human history. We have all lost something, be it a spring sports season or a graduation. I won’t be able to say good-bye to some of the best people I ever know before I leave the state. This time has left me full with regrets, many of which I will never be able to deal with. I don’t really care about my graduation. It’s just another moment for us to pump up our unnecessarily overflowing egos. I don’t care about the robes, throwing the caps, tassels all the unnecessary glitz meant to fuel pride. I care about the people I may not see again for a while. Some I can’t see again. I care about the friends I laughed with and cried with. The shoulders I leaned on, and the friends who leaned on mine. I will miss being greeted in the morning by the people in my life who were always there to help me be the best I could. I will miss all the people I took for granted. I’m sorry to all those I took for granted. I’m sorry Kenny. COVID-19 may have taken some of my chips from me, but we’re not out of aces just yet.