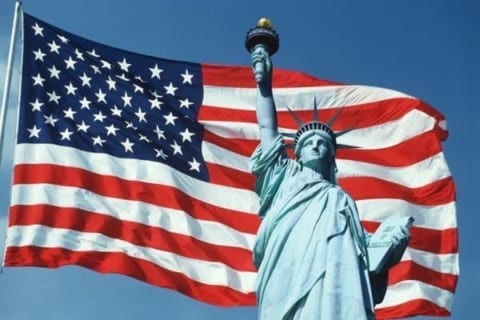 We are all humans. It doesn’t matter what we look like, where we are from, or where we live now. This is what we must remember when we live in America. We are a country made up of people from all around the world: we are a country of immigrants. People are finding it difficult to accept others especially at this day and age. However, a lack of acceptance has always been around us for as long as we can remember. In the book, In the Country We Love by Diane Guerrero, the narrator of the story, Gina Rodriguez, explains her life and how being an immigrant affected her. Gina Rodriguez is a famous actress who stars in the show Orange is the New Black as well as Jane the Virgin. She is currently a successful young woman but her life wasn’t always like this.

In the book mentioned above, Rodriquez explains how her life was never perfect since her parents and elder brother were illegal immigrants and she had to live her life in fear of her parents getting deported. She grew up trying to stay out of the spotlight and tried not to gain any excessive attention. Unfortunately, despite her efforts, her parents and brother get deported and she has to live with various families such as her relatives or family friends. As a young teen without her family, she falls into depression and her life goes downhill. However, despite her lifestyle growing up, she decides to put herself back out there and make something out of herself. With this motivation and dedication, she later ends up becoming a famous actress starring in two famous shows. She was a girl who came from nothing but became a girl who ended up having more than she could have ever imagined.

An important idea can be taken away from her story. It isn’t important what your life was like but rather what matters is what you decide to do with it. This same idea presents itself in the documentary American Creed by PBS and Citizen Film forthcoming in 2018. The phrase “It doesn’t matter where you come from. It matters where you are going” shows up multiple times throughout the film. This documentary tries to get across the idea that that although your background and early life is important, it doesn’t dictate the rest of your life. I think this is important to remember especially in a country like America. This country is a country of opportunity which values what you bring to the community rather than what your life was like or which lifestyle you came from.

In the article Pursuing the Immigrants’ Dream in the Land of Opportunity by Donald Lambro, Lambro talks about how his father was sent to the United States by his mother in hopes that her son would have a better life. He came to the States with a small group of belongings, some money, and nothing else. However, he worked hard and attended night school to learn the language. He saved enough money to open up his own barbershop and created a life for himself that he could have never before had. This story is an example of how no matter where you come from, you can always make a life for yourself.

All of these texts represent one of our biggest values as an American: creating a successful life despite where you come from. Everywhere we go, we are inspired to do something and are encouraged to create a better life. Many immigrants come here because they view America as a place of opportunity. They come here because they believe that they can come here and do things they wouldn’t be able to do at their home country. We, as Americans, value the potential in everyone and what they are like now rather than what they were like then.

Guerrero, Diane, and Michelle Burford. In the Country We Love: My Family Divided. St. Martin’s Griffin, 2017.

Srihita, your writing provide a very positive outlook on America, and I do think that it is refreshing to have a view that cold be seen as more uplifting. but as of today, 2018, in America unfortunately, what we look like, where we come from, where we live now does matter. but I do agree that type of thing shouldn’t matter, because as you stated we are all humans. I really liked your Article overall!

Srihita, I really liked the overall message of your writing. I think that yes, it is important where you are going but you shouldn’t forget your past. People can learn from their past and go forward with that knowledge to make their lives better. You said that after Rodriguez’s life went downhill she decided to do something about it, maybe she knew what didn’t work and was able to create something great because of that. Ultimately though America is a place of opportunity and people can be whatever they want like you said. I thought your piece was really interesting, and thanks for sharing.

Srihita, your piece was very interesting and i thought it had a lot of good insight. To me the part that stood out most was when you said, “it doesn’t matter what your early life was like, it just matters what you are going to do with it”. To m this was very important because there have been so many immigrants that have turned themselves into huge successes after coming to the U.S. For more stories like Gina Rodriguez look at the story of Wayne Gretzky and how he immigrated from Canada and not only made his life better, but at the same time he made an entire sport better.