America’s past and present

Home America’s past and present 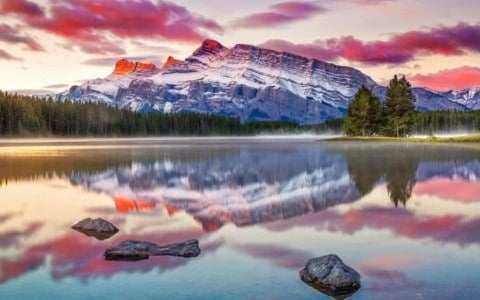 In reality, the word ,”American”, refers to the the cultural and societal influences that make one part of American society. One side of American history is that the U.S. grants privileges and freedoms that are unique compared to many other countries. A lot of this has to do with our religious history and systemic ideals in our democratic government. However, our past has also denied privilege from minority groups and the country has involved itself in empirical ideals throughout its history. Many Americans say that our history directly defines us and that we live up to it, which is very controversial considering how progressive our country has been to change society and government in its short history. The video titled, “Clip from the news room” addresses the concept of how people should realize that America is no longer the best country in the world. For example, the man giving the speech states that, ” We lead the world in only three categories: number of incarcerated citizens per capita, number of adults who believe angels are real, and defense spending, where we spend more than the next twenty-six countries combined.” Later on in the speech however he states the things that once used to make America the greatest country: standing up for morals and being an intelligent, radical country. People need to take into account that American pride mainly comes from ideas and events that took place in the past, not from American ideals today.

I thought you did a great job discussing America’s history. Here is an article on minority rights that I thought you would find interesting. https://minorityrights.org/country/united-states-of-america/
I do agree with you that America is not the greatest country on earth. There are many problems facing the nation, we were at once a great country, but it has diminished. There are other country that have equality and there are not problems concerning gender gap. The United States citizens focus on the past and therefore see it as the best, but that is false because the world is changing and new things need to be done concerning new issues. I really liked how you stated this and I agree something needs to be done. I would enjoy if you wrote about a possible solution on how America can learn and grow to improve the country for the better. All in all great job, I found it very interesting.

It’s fascinating how you brought the United States history and how you made the connection to today’s United States. More over, I believe that history defines the present and potentially be use to predict the future.

Hi Connor, I really like this outlook on what being an American means and how the common idea has clear flaws. It seems like every time I read news comparing America to other countries in the world, the consensus is that America is the best country and everyone else should try to be like us. On the other hand, when I read news about events within America, there always seems to be some sort of conflict within the country that makes us fight with one another internally. This hypocritical view is much like the one you described where people want to take pride in America’s past when it is not something anyone should be proud of.

I really liked how you went into thinking about the meaning of America and our history. I believe many agree that our history defines us, but it’s also our future. Our country is extremely powerful and many people look up to us whether for the freedom we have or just because we’re America. I think our country is changing for the better and we need to figure out how we can be a better example for the rest of the world. I think you should look into the following links of how we can achieve this goal.

I have seen the video you are talking about and it is very thought provoking. It really makes you take a step back and reevaluate the country that we live in. I think this article is important because it addresses that America may not be the country that most people think it is.

Thank you for sharing, Conner! This is an extremely interesting topic, and I think you did a great job of evaluating the different facets of American history. It’s important that as citizens, we consider both positive and negative aspects of our nation. Doing so will help us grow and make progress in the long run. Great work!

Connor, I thought you did a really good job addressing both sides of America’s history. I think addressing America’s flaws both past and present is a very important thing to do because we can learn from our mistakes. Here is an article you might find interesting focusing on America’s foreign policy mistakes. Do you think America has learned from its mistakes, or do we keep making the same mistakes over again? https://nationalinterest.org/feature/mistakes-were-made-americas-five-biggest-foreign-policy-11160
Let me know what you think! Overall great job.